BUSINESS Canada will talk to pipeline firm about aid to solve crisis: PM

Canada will talk to pipeline firm about aid to solve crisis: PM 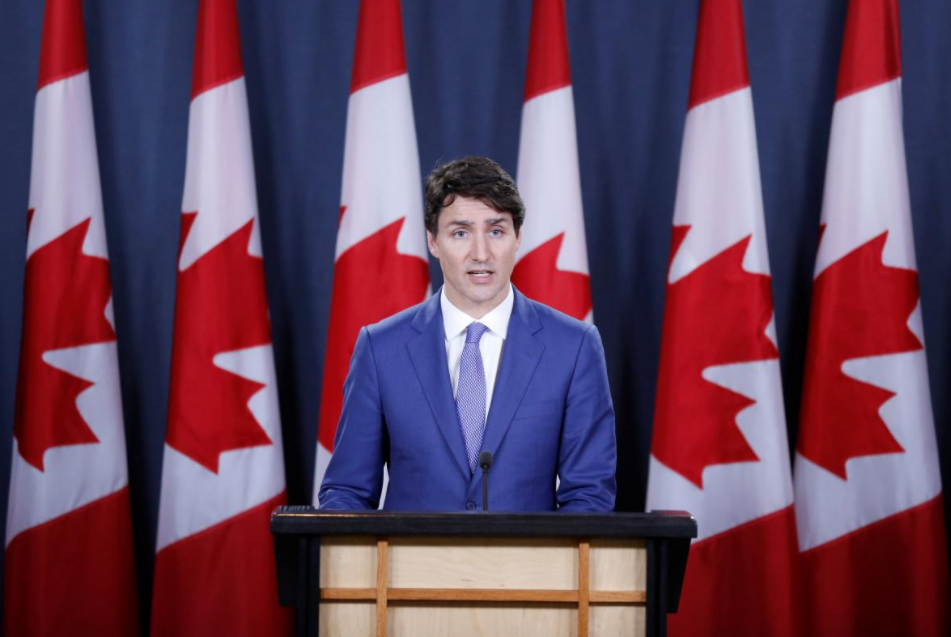 Trudeau spoke after an emergency meeting with the premier of British Columbia, who opposes plans to almost triple the capacity of the company’s Trans Mountain pipeline from oil-rich Alberta to the west coast.

“I have instructed the minister of finance to initiate formal financial discussions with Kinder Morgan, the result of which will be to remove the uncertainty overhanging the Trans Mountain pipeline expansion project,” Trudeau told reporters.

“Construction will go ahead,” added the prime minister, who interrupted a foreign trip to fly back to Ottawa for the meeting. He did not give details.

Kinder Morgan Canada, part of Kinder Morgan Inc (KMI.N), is threatening to abandon the project unless it receives sufficient clarity about the path ahead by May 31.

Kinder Morgan Canada was not immediately available for comment.

Both the federal and Alberta governments have already suggested they could take a stake in the project.

Alberta Premier Rachel Notley, who also attended the talks in Ottawa, said she was convinced the expansion would be built if the financial assistance deal could be worked out.

British Columbia Premier John Horgan said after the meeting he had not changed his position that the risks of a spill from the pipeline were too great.

Although Trudeau’s Liberal government could invoke emergency powers to ensure the project goes ahead, that would most likely anger voters in British Columbia and cost the Liberals support in a federal election in October 2019.

But Trudeau is under increasing pressure from the business community and opposition politicians to take action amid fears the dispute could hit already flagging foreign investment.

“There are enough determined parties that a solution will be reached. It won’t be easy - it’s not an easy issue, none of this is,” a senior government official said ahead of the meeting.

Horgan wants Ottawa to refer the matter to the Supreme Court but the Liberals are not interested, saying it is already clear the federal government has jurisdiction over the project.

He also said he would ask the courts in British Columbia to make clear how much powers the province had to protect the provincial environment. Federal officials complain this is a time-wasting tactic.