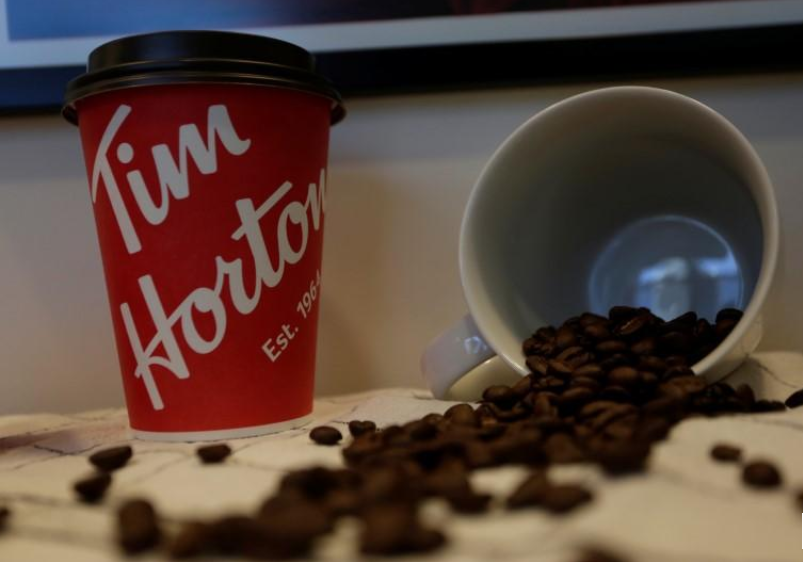 A Tim Hortons coffee cup and coffee beans are displayed at the coffee shop during a media event a day before its opening in San Pedro Garza Garcia, neighboring Monterrey, Mexico, October 26, 2017. (Photo: Reuters)

A group of Canadian coffee chain Tim Horton’s US franchisees said on Thursday it is suing parent company Restaurant Brands International, escalating growing tensions between the company and owners of its US and Canadian coffee shops

The Great White North Franchisee Association-US is challenging a clause in Restaurant Brands’ franchise agreements that requires all disputes to be resolved in Federal Court in Miami, according to an emailed statement from the group.

Once this is resolved, the U.S association said it plans to file another lawsuit claiming improper use of an advertising fund franchisees pay into. It said the company had used the fund to pay overhead expenses unrelated to promoting the brand.

“We can’t comment on the specifics of any ongoing legal matters, however, these allegations are completely false,” Restaurant Brands said by email. “We’re proud of the way we conduct our business, and nothing will distract us from our primary focus, which is serving the needs of our restaurant owners and guests.”

The moves by the US franchisees are the latest in a long-running feud between Tim Hortons’ parent company and its franchisees, which has now drawn the attention of the Canadian government.

Tim Hortons fell to 50th from fourth on an annual ranking of brand reputation in Canada based on surveys between Dec. 19 and Jan. 29 by market research firm Leger. Tim Hortons has 729 locations in the US and 4,258 in Canada, according to its website. Restaurant Brands also owns the Burger King and Popeyes Louisiana Chicken chains.

Restaurant Brands shares have fallen 10 percent this year, compared with a 3.8 percent decline in the Toronto stock benchmark.

The US action follows a C$500 million ($389 million) lawsuit filed by their Canadian counterparts in June, also alleging mismanagement of a national advertising fund.

The Canadian franchisee association filed a second, C$850 million, lawsuit in October saying the company was trying to intimidate restaurant owners. Both lawsuits are still trying to obtain certification as class actions, a spokesperson for the association said by email on Thursday.

The franchisee association, whose membership includes 60 percent of Tim Hortons owners in Canada, and half of those in the US, was formed in March 2017 in Canada “in response to the mismanagement of the Tim Hortons franchise,” according to the group. The US arm was formed in June.