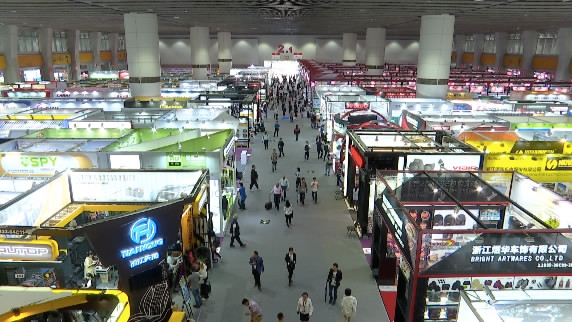 China’s largest trade fair, the Canton Fair, opened on Sunday in Guangzhou. Serving as a link between China and the world, the  bi-annual fair aims to facilitate international trade at a time when trade ties are under pressure.

Akin Birsen from Turkey has been exhibiting kitchenware at the Canton Fair for 15 years. Initially one of the few foreign suppliers to sett up a booth here, he says he has seen more and more international companies coming to the fair in recent years.

“For many Turkish companies, they did not even consider exporting to China. But right now most people are focusing on the Chinese market. Even a small chunk from the Chinese market is a huge business for most of the companies”, says Birsen.

Recently Birsen’s company, Kumtel, finished developing a second brand, which is set to make its debut at the Canton fair this fall.

This 123rd edition of the trade fair has attracted nearly 620 exhibitors from around the world, with six out of ten companies at the event from countries and regions along the Belt and Road Initiative.

The growing international presence at the fair has boosted business opportunities not only for foreign exhibitors, but also for domestic manufacturers.

A portable freezer maker from Shunde, south of Guangzhou, is showing at the fair for the fourth time, and its sales more than double after each exhibition. 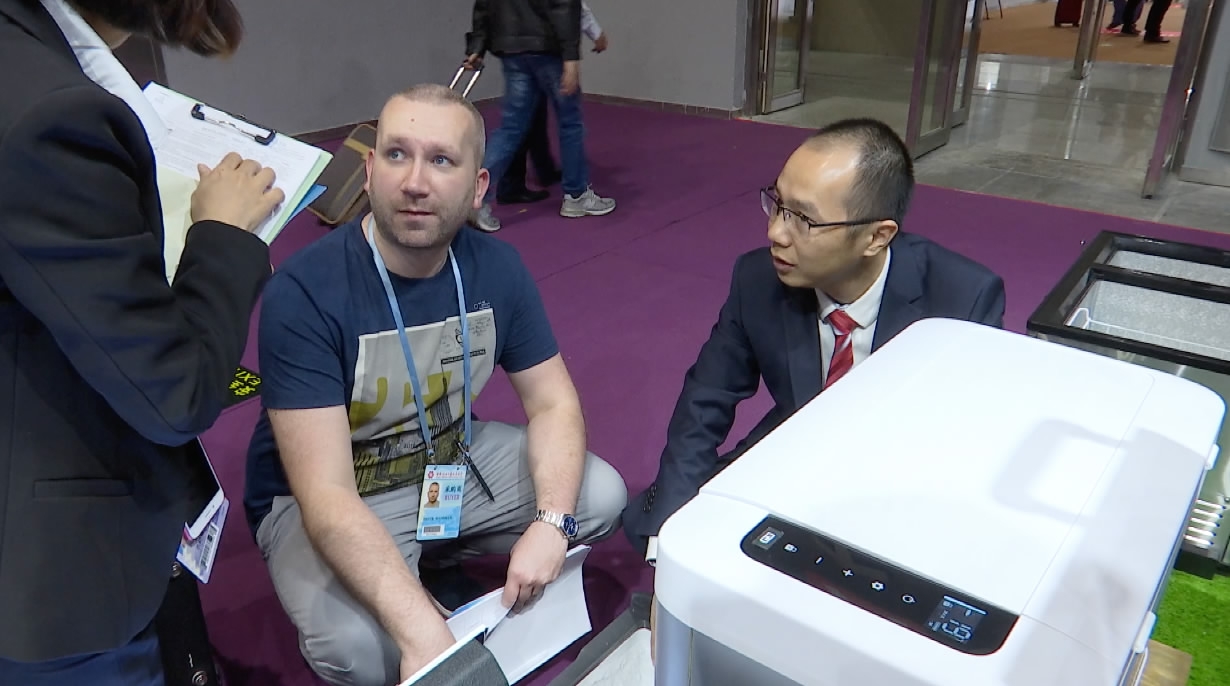 Derek Zeng, the representative of the company, says “clients visiting the Canton fair have paid for expensive flights and accommodation, so they are serious about buying products that interest them. And for any industry player that’s looking to go international, the Canton fair might be their first choice.”

The recent trade dispute between China and the US does not seem to have affected the atmosphere much. Buyers can be seen everywhere, often carrying big suitcases.

One buyer from Spain named Silvie Krcmarova says, “I can see that every year the suppliers are getting more and more professional and there are also more foreign buyers. I am here searching for car accessories.”

The fall edition of the Canton fair will run in mid-October. That’s when even more exhibitors and buyers are expected to come.