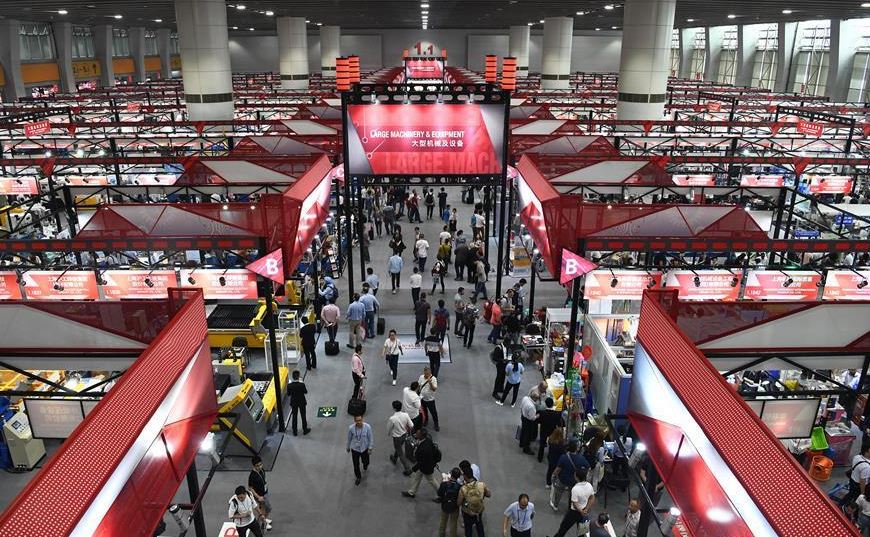 GUANGZHOU, Nov. 4 (Xinhua) -- China's largest trade fair in southern Guangdong Province saw an increase in export to countries along the Belt and Road and new buyers from these regions.

The 124th biannual session of China Import and Export Fair, also known as the Canton Fair, concluded on Sunday, with the number of foreign buyers and export turnover declined slightly by about one percent year-on-year.

Exports to countries and regions along the Belt and Road increased 2.7 percent to $9.6 billion, accounting for 32.3 percent of the total.

While new buyers attending the fair totaled 77,733, up by 2.34 percent, those from countries and regions along the Belt and Road grew by 4.2 percent.

Seven of the top ten buyers were countries and regions along the Belt and Road.

A total of 10,739 buyers from the United States attended the fair, the second largest source of buyers, after China's Hong Kong Special Administrative Region.

"The number of buyers from developing countries and emerging markets has increased at the fair, and that of new buyers has continued to grow. The structure of buyers has continualy been optimized, and quality steadily improved," said the fair spokesman Xu Bing.

"Diversified global buyers can help enterprises efficiently consolidate the traditional markets, explore emerging and potential markets, and optimize their layout in the international market," he added.

The China Import and Export Fair, held every spring and autumn in the city of Guangzhou, is seen as a barometer of China's exports.