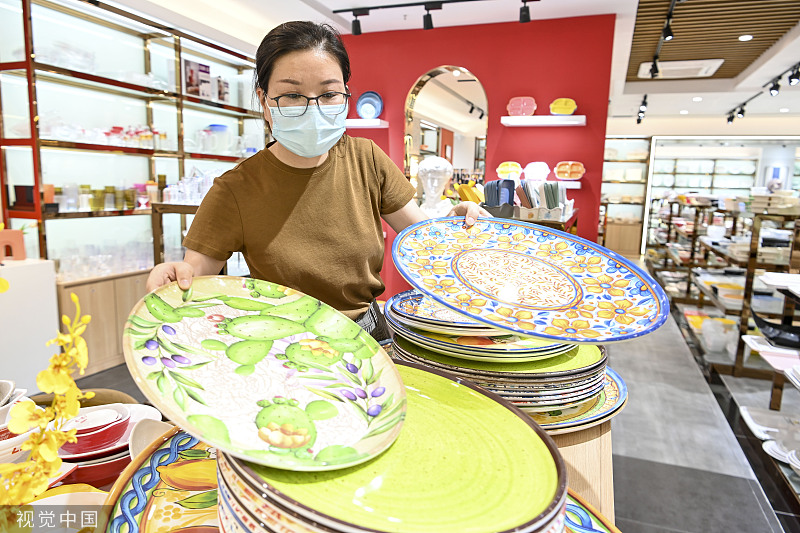 The ongoing virtual Canton Fair, or the 132nd session of China Import and Export Fair, provides a platform for foreign trade companies to explore the RCEP market, Economic Information Daily reported on Wednesday.

Sinomax, a mattress and pillow maker in Jiaxing of East China's Zhejiang province, has benefited from the tariff reduction policy of RCEP or Regional Comprehensive Economic Partnership.

The company helped its Japanese customers to apply for RCEP Certificate of Origin for preferential tariff treatment. When this news was released the company attracted the attention of many purchasers from Japan and Vietnam on the first exhibition day of this year's Canton Fair.

During the match-making activities of the Canton Fair, Hunan Hualian Porcelain Industry Co Ltd has also found purchasers from RCEP market. Products of the company are sold in over 40 countries and regions including Africa and South America.