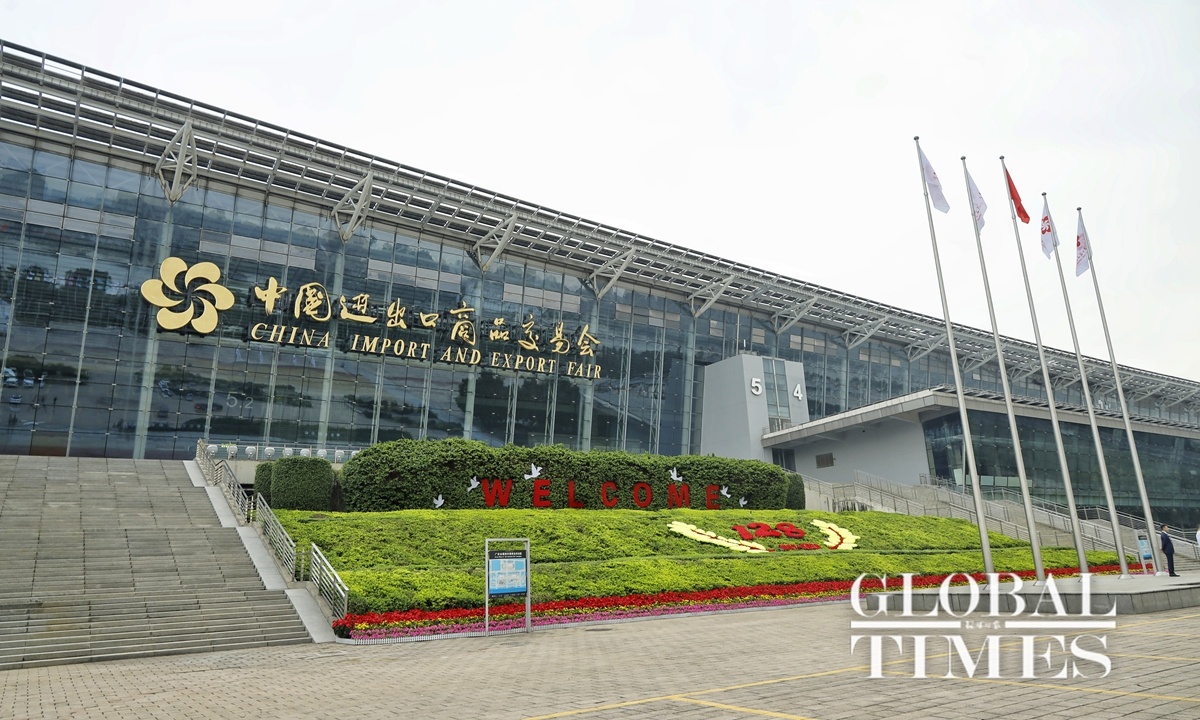 The 130th China Import and Export Fair (Canton Fair), one of the world's largest trade fairs, will in October resume its offline format in South China's Guangdong Province for the first time since the coronavirus outbreak, marking all of the country's large-scale exhibitions have resumed amid the ongoing pandemic, China's commerce officials announced on Tuesday.

With business opportunities rising despite challenges brought by the pandemic, this year's Canton Fair, through its online and offline showcases for the first time ever, will provide a much-needed platform for businesses to procure new orders and address issues across global industrial and supply chains.

Due to coronavirus epidemic prevention measures, the fair will be shortened to five days this year and the opening ceremony will kick off on October 14, Ren Hongbin, China's deputy commerce minister, told a press conference in Beijing on Tuesday.

"The offline exhibition, covering 400,000 square meters, will have 7,500 enterprises' participation. In terms of the scale, it remains the world's largest offline exhibition amid the pandemic," Chu Shijia, director of China Foreign Trade Center, said at a press conference.

Commenting on the impacts of the recent COVID-19 outbreak and flare-ups in China onto the trade fair, Vice Governor of Guangdong Zhang Xin said they have pre-arranged contingency plans and will require participants to provide vaccination and negative nucleic acid test proof to enter the venue.

One of the highlights of the trade show is to hold the first Pearl River International Trade Forum, in a bid to promote information exchanges and trade opportunities. Government officials of China's trade partners, entrepreneurs and academicians will hold dialogues to discuss hot issues of global trade at the event.

A questionnaire shared with exhibitors of the trade fair showed that while the macro trade figures were growing rapidly, the risks and challenges faced by small entities remained acute, Ren pointed out as there are still many "uncertain, unstable and unbalanced factors" impacting foreign trade development.

"Affected by the new round of Delta variant, some countries once again suspended production, halting the productions of a large number of intermediate products such as chips, which has seriously disrupted the stability and smoothness of the global industrial chain and supply chain," he said.

"Meanwhile, some countries have politicized trade issues and erected a technological blockade, which has also increased the risks to the industrial chain and supply chain for foreign trade companies," Ren added.

Looking to the future, the deputy commerce minister suggested remaining sober and stable, avoiding being blindly optimistic was the most prudent course of action.