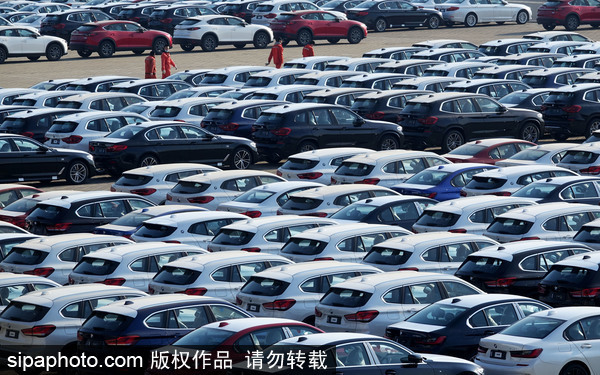 As the automobile enterprises gradually resume work, car production and sales volume see a significant increase in March. The auto sector is expected to speed up recovery in the second quarter as the market rebounds, although it’s hard to get back to the same level of last year, Securities Daily reported on Monday.

China Association of Automobile Manufactures released the industry statistics of March on Friday, indicating that auto production and sales volume last month both amounted to over 1.4 million units, growing 4- and 3.6-fold month-on-month, respectively. However, affected by the virus outbreak, the figure saw a year-on-year decline, falling 44.5 percent and 43.3 percent, respectively.

In the first quarter of this year, vehicle production and sales volume reached 3.47 million and 3.67 million units, respectively, dropping 45.2 percent and 42.4 percent from the previous year.

From January to March this year, top 10 auto manufactures in China has sold nearly 3.3 million vehicles, which accounted for 89.7 percent of the total sales volume, falling 41.7 percent from a year earlier.

The top 10 sedan manufactures in China sold 977,000 units of cars in the first quarter, accounting for 73.8 percent of the sales volume. However, the top 10 showed a rapid decline in sales from a year earlier, with SAIC Volkswagen and SAIC GM dropping significantly.

The sales volume of top 10 SUV manufactures amounted to 825,000 units in China, which accounted for 60.2 percent of total sales. Compared to last year, the sales of FAW-Volkswagen maintained a steady increase, while other enterprises experienced decrease in sales.

In terms of China’s top 10 MPV manufactures, they sold 123,000 units of cars in the first three months, accounting for 90.4 percent of total sales volume. Compared with the same period last year, the sales saw a severe fall, with SAIC-GM-Wuling and Changan Automobile dropping significantly in sales.

The report of China Association of Automobile Manufactures also noted that overall the decline in commercial vehicle sales was lower than that of passenger vehicles.

According to Geely, sales volume in March increased 245 percent month-on-month to 73,000 units, but the figure still fell 41.4 percent from a year earlier. From January to March, the total sales reached 206,000 units, decreasing 43.8 percent year-on-year.

Commercial vehicle brand Asia Star Bus sold 385 vehicles in March, maintaining a growth of 35 percent compared with last year. In the first three months, a total of 554 buses were sold, a drop of 16 percent from a year earlier.

Shenwan Hongyuan Securities said in the first quarter of 2020, auto parts production upstream and vehicle manufacturing midstream were generally delayed by virus outbreak for two to three weeks, therefore the market demand also was affected, but there are already some positive signs of industry rebound in March. Nowadays, the risks mainly lie in the overseas automobile supply chain, which requires materials from different countries.

According to Huajin Securities, with government releasing multiple measures to boost economy recovery, including stabilizing domestic consumption, supporting new energy vehicle development and other monetary and fiscal policies, auto industry is projected to show significant improvement in the second quarter.