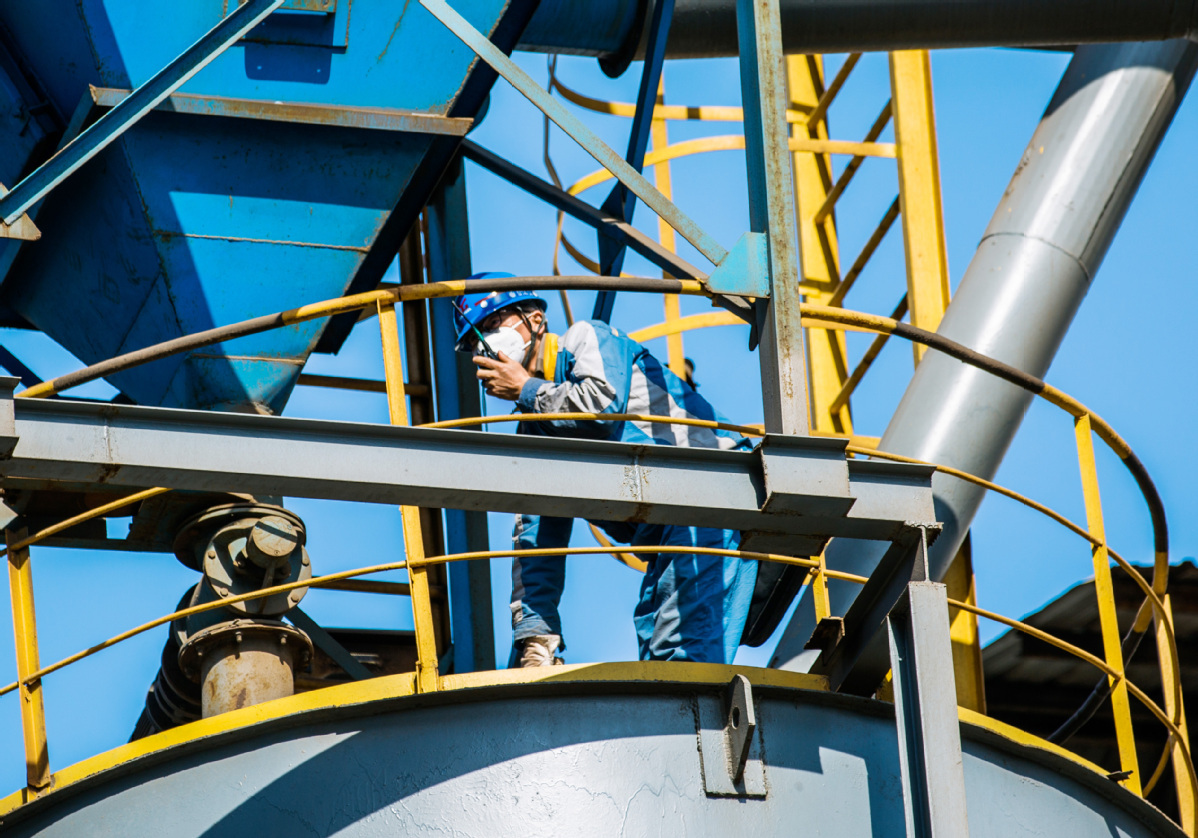 The fund, with a planned scale of 50 billion yuan ($7.74 billion), looks to raise 10 billion yuan in the first phase, according to the world's largest steelmaker by volume in 2020.

The fund was established in accordance with China's commitment to carbon neutrality. The steel industry contributes to a comparatively large portion of carbon emissions, and the 14th Five-Year Plan period (2021-25) is important for the nation's steel industry to reach low carbon development.

As the bellwether of China's steel industry, China Baowu announced its roadmap of having its carbon emissions peak by 2023 and achieving carbon neutrality by 2050, said Zhu Yonghong, chief accountant of China Baowu.

To fulfill such goals, China Baowu has been actively planning the establishment of the carbon neutrality fund together with the National Green Development Fund, China Pacific Insurance (Group), and the CCB Financial Asset Investment, and finally had the green equity fund that marks collaboration between the steel industry and financial institutions, added Zhu.

The fund aims to explore the opportunities presented by the nation's 14th Five-Year Plan and puts its focus on clean energy, green technology, environment protection, pollution prevention and control, among others.

"China Baowu, as a global steel industrial leader, has been promoting the campaign of phasing out outdated capacity and improving industrial efficiency. It has also raised a low-carbon roadmap for enhancing industrial competitiveness," said Ding Hui, a division chief at the Ministry of Ecology and Environment.

Ding said the ministry would actively support China Baowu in reaching its carbon neutrality goal, and promote the low-carbon development of the Chinese steel industry.

With the industrial influence of China Baowu, the group's low-carbon achievements through cutting-edge innovations and applications will set a role model for the steel industry as a whole, said Zhang Rongqing, general manager of the National Green Development Fund.

The fund, which was jointly launched by the Ministry of Finance, the Ministry of Ecology and Environment and Shanghai Municipality, has a total registered capital of 88.5 billion yuan.

The equity fund, a result of the cooperation of the steel industry with financial institutions, would bring a bright outlook for the steel sector's low carbon and high quality development, Fu said.

Work on the second phase of the carbon neutrality fund was started by China Baowu and the asset management subsidiary of the Bank of China.