Japanese prosecutors re-arrested former Nissan boss Carlos Ghosn over fresh allegations Friday, apparently dashing his hopes of being home for Christmas in the latest twist to a rollercoaster saga. 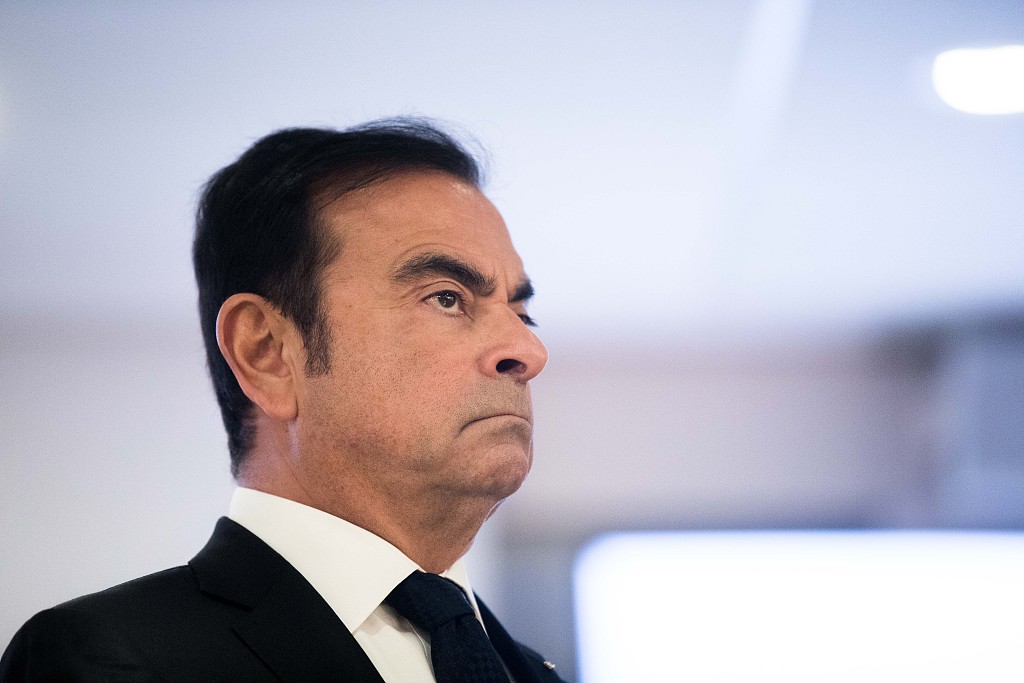 The case of the once-revered 64-year-old tycoon has gripped Japan and the business world since he was arrested as he stepped off his private jet at Tokyo's Haneda Airport on November 19.

He had appeared set for release Friday after a court surprisingly rejected the prosecutors' demand to extend his detention for further questioning.

But instead of being freed on bail, Ghosn was arrested Friday over separate allegations of financial wrongdoing.

"The accused was responsible for managing Nissan's overall operations and for dutifully fulfilling his role as CEO not to cause damage to Nissan and its subsidiaries... but he took action that betrayed his role and caused financial damage to Nissan," prosecutors alleged.

They alleged he transferred personal losses worth some 1.85 billion yen ($16.6 million) sustained in the 2008 financial crisis to Nissan.

He also stands accused of wiring some $14.7 million from Nissan funds to another company for his own benefit.

According to public broadcaster NHK, Ghosn denies this latest set of allegations.

The Franco-Brazilian-Lebanese businessman has already been formally charged with under-reporting his income by tens of millions of dollars over several years and faces a second batch of allegations that this continued for three further years.

On Thursday a court refused to extend his detention over the second set of allegations, reportedly because they were too similar to the first set.

But this fresh arrest gives prosecutors 48 hours to question him on the new matter. Under Japanese law, they can then apply for a fresh extension of 10 days, plus a further 10 days, to investigate the new claims.

His right-hand man, Greg Kelly, who faces the same initial charge, was not rearrested on Friday and his lawyer has requested bail, according to a court statement.

Since his stunning arrest last month, the once jet-setting executive has languished in a tiny cell in a detention centre in northern Tokyo, where he has complained about the cold and the rice-based menu.

His lengthy detention -- in Japan, suspects can be "re-arrested" several times over different allegations -- has sparked criticism, especially from abroad.

"The Japanese penal system has been revealed to the wider world. It is not necessarily Japan's best side and this is not good for business," Tokyo lawyer Lionel Vincent told AFP.

Ghosn has an unusually high profile for a foreign executive in Japan and was credited with turning around the struggling car giant Nissan and forging a three-way alliance with French manufacturer Renault and fellow Japanese firm Mitsubishi Motors.

He was seen as the glue holding together the fractious alliance and his arrest has exposed major rifts between Nissan -- which makes the most money -- and Renault, the dominant shareholder.

Both Nissan and Mitsubishi Motors promptly sacked Ghosn as chairman following his arrest, on the basis of a months-long internal Nissan investigation.

Renault has been much more cautious, keeping him on as chairman and CEO and appointing Thierry Bollore as interim boss.

According to a source close to the investigation, Nissan would seek to bar Ghosn from their premises if he were to be released.

In addition to charges against Ghosn and Kelly, prosecutors have also indicted Nissan, as the company submitted the official documents that allegedly under-reported his income.

The firm declined to comment on the latest twist but added: "Nissan's own investigation is ongoing, and its scope continues to broaden."

Nissan has also accused its former boss of other financial impropriety, including using Nissan funds to purchase luxury homes around the world.

One of these -- a luxurious spread with ocean views over Rio de Janeiro's famous Copacabana Beach -- has become the subject of a legal battle.

Last week, Ghosn family members entered the flat, removed "personal effects" and opened the safes, according to Nissan. This followed a court order giving Ghosn's representatives access despite objections from the Japanese firm.