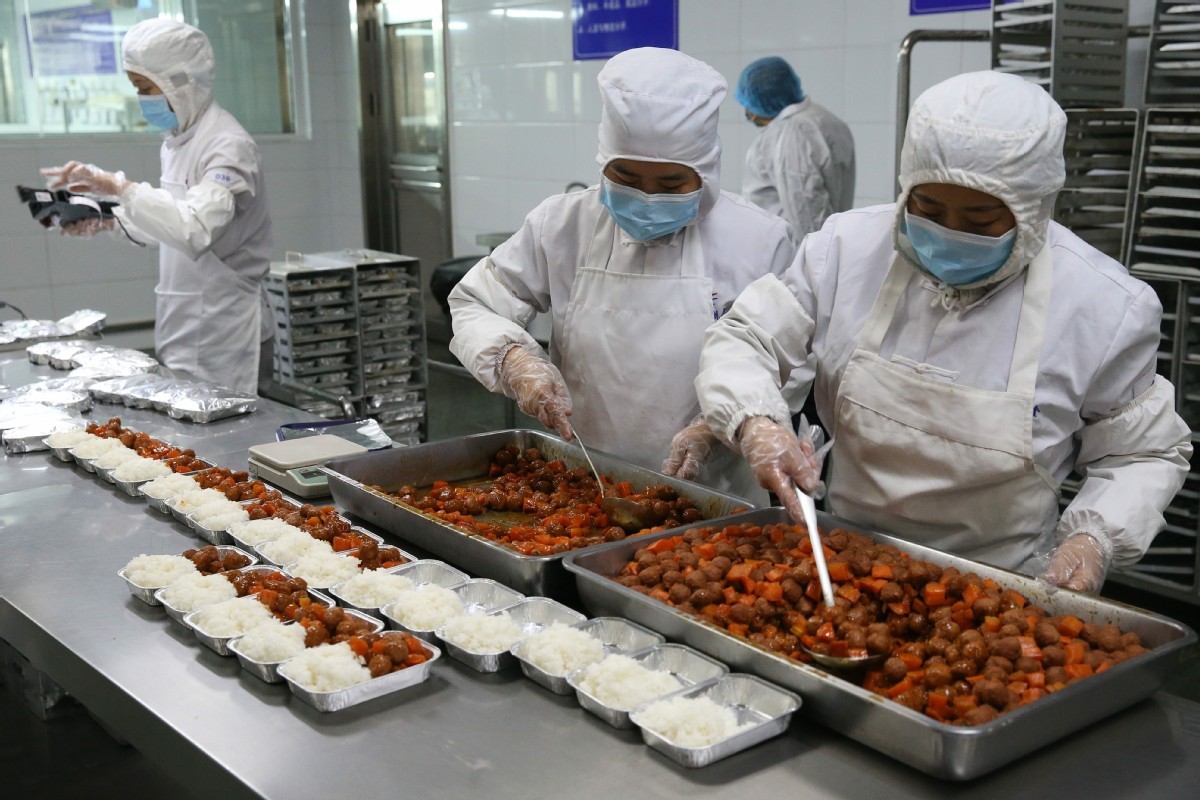 More domestic carriers have introduced better complimentary in-flight meals that one would actually want to eat in the economy class as part of their latest approach to attract more passengers after they were negatively affected by the COVID-19 pandemic.

Since the outbreak of the contagion earlier this year, most domestic airlines suspended their in-flight hot food services because people traveled less and social distancing precautions were placed on planes.

As the domestic air travel market gradually is picking up with the epidemic getting under better control in China, airlines are working on resuming and expanding their pre-packed food offerings.

For flights lasting more than 90 minutes, economy class passengers will be offered hot food. The meals include rice or noodles paired with dishes of local cuisines of the departure cities. For breakfast, there are options of fried noodles, fried rice, Chinese pastries, and marinated egg.

The new variety of dishes will better cater to the appetite of Chinese passengers. It is expected to help create more high-quality and comfortable experiences, a Hainan Airlines statement said.

"Currently, China is at a stage of regular epidemic control and prevention. Most Chinese carriers have resumed the offerings of in-flight meals, and many of them have launched upgraded meals as they hope to stay competitive and attract more passengers after they suffered losses during the pandemic," said Lin Zhijie, an aviation industry analyst and a columnist of Carnoc, one of China's largest civil aviation websites.

"Last year, domestic carriers fared well and they didn't worry about ticket sales. Then, they opted to offer simpler meals or canceled food services for short-haul flights to save some costs," Lin said.

"This year, it has been a different situation. There is an oversupply of flights in the air travel market, and carriers have to make some efforts to stay afloat. Thus, they chose to introduce even better in-flight meals to draw in passengers," he said.

Shanghai-based China Eastern Airlines first resumed hot food services on 12 of its major domestic business flights starting from Aug 1, launching more than 500 varieties of dishes. Since Monday, the carrier has resumed offering hot meals for most of its domestic flights that connect regions with low risk of infections.

For economy class passengers, the carrier will provide food options such as rice with bean curd and pork, rice with cured meat, and noodles with pickled vegetables and shredded pork, China Eastern said.

This month, the number of scheduled daily flights operated by China Eastern exceeded 2,400 on average, and the volume has exceeded 95 percent of the regular level seen before the epidemic.

Meanwhile, State-owned Air China will provide upgraded meals such as braised beef brisket with tomatoes, fried rice with mushroom and sliced chicken, and roast pork with honey sauce for in-flight meals. The carrier has improved its set meal in taste, food materials and designs for economy class after collecting opinions, it said.

After six months of no meals provided during flights, Air China resumed hot food service at the beginning of this month for its flights that connect major cities such as Beijing, Shanghai, Chongqing, Chengdu in Sichuan province and Hangzhou in Zhejiang province. Other domestic flights will eventually resume meal services as well.