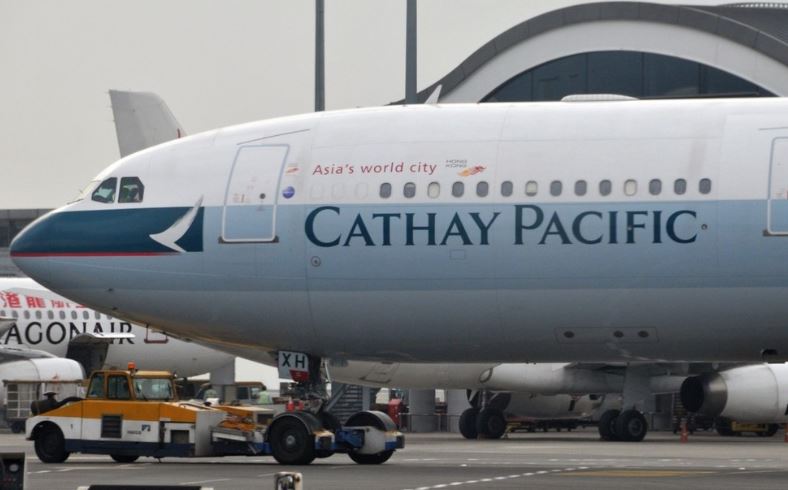 HONG KONG, Aug. 24 (Xinhua) -- Hong Kong-based Cathay Pacific Airways on Saturday reiterated in a statement to its employees that there is zero-tolerance to any support for or participation in illegal protests, violent activities or overly radical behaviour.

The statement was made after certain organizations announced plans to hold an illegal assembly on Monday around Cathay City, the airline's headquarters.

"Any activities that impact our ability to operate safely not only significantly disrupt the travelling public, but also jeopardize the safety of our customers and our employees, while also damaging Hong Kong's economy and the reputation of Hong Kong International Airport," Cathay Pacific said.

It said the uninterrupted connectivity of Hong Kong as a leading aviation hub is essential to Hong Kong's sustained economic development and growth, as well as the livelihood of thousands of Hong Kong people.

Cathay Pacific also noted in the statement that it complies with all applicable laws and regulations in the jurisdictions where it operates.

The airline recently dismissed workers involved in riot activities and replaced executives in response to rising concerns about the security of its flights.