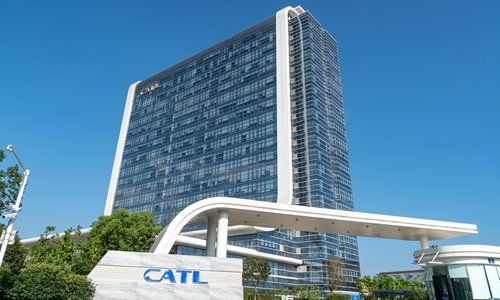 CATL will continue to carry out the company's set strategy of electrification, and the company has encouraged its employees to buy emissions-free EVs at a discounted price, subsidized by the company.

CATL noted that the employees' exclusive discount for buying EVs is a policy that has been practiced for the past three years, covering a range of EV brands including Tesla.

An anonymous staff worker of CATL alleged on China's Quora-like Zhihu online platform that CATL has instructed its employees to buy Tesla vehicles at a discount, which cannot be resold on the market. The worker said the discounted Tesla vehicles were "defective" in quality, because they were sold by Tesla China to CATL to reduce inventory.

Founded in 2011, CATL has supplied auto brands including Tesla, BMW, Volkswagen and Geely. In the past 12 months, the stock price of CATL have jumped by more than 150 percent at the Shenzhen Stock Exchange.