Battery giant Contemporary Amperex Technology Ltd will invest up to 1.8 billion euros ($2.05 billion) in expanding its European production and research base. 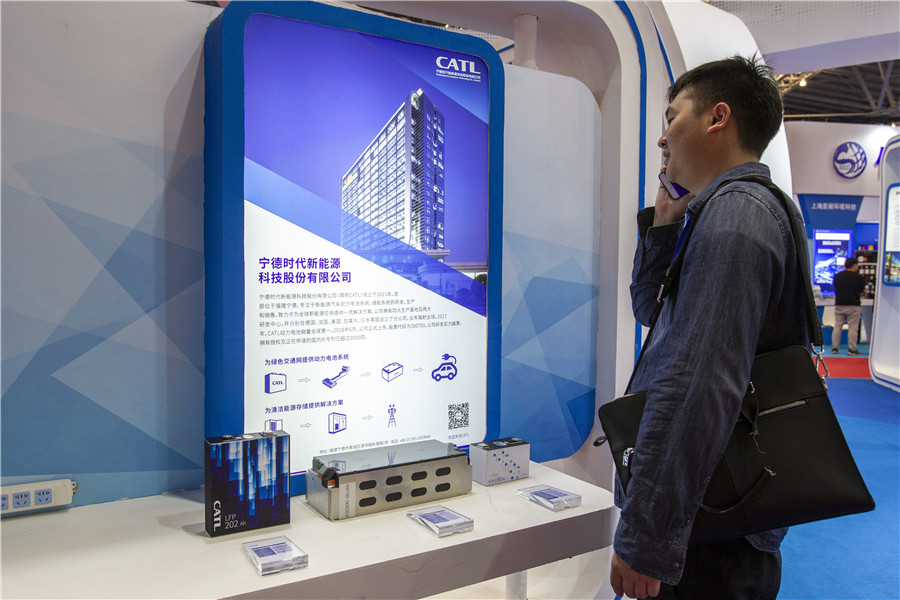 A new energy vehicle battery made by Contemporary Amperex Technology is displayed during a tech expo in Shanghai earlier this year. (Photo: China Daily)

The investment will be used to construct a lithium-ion battery production base and a center for product research, development and testing, CATL said in a statement on Tuesday.

The investment in the project, located in Thuringia, Germany, would amount to a maximum of 1.8 billion euros, up from the previous plan of 240 million euros last year, according to the statement.

Construction is estimated to last no less than 60 months, and the project will cover around 70 hectares, the statement said.

According to CATL's earlier announcement, the project will start operation in 2021, and have the capacity of 14 gigawatt-hours by 2022. The newly released statement did not mention or update this information.

"Based on the 1.8 billion euros investment, we estimate that the final capacity of the project may exceed 14GWh," analysts from Sinolink Securities said in a report on Wednesday. Equipment manufacturers are expected to benefit from the project, according to the analysts.

The report noted that the new energy vehicle sector has grown rapidly in Europe in recent years, while its battery industry lags behind. The battery capacity of the European Union accounts for less than 4 percent of the world's total, according to the data from Bloomberg.

CATL, which was established in 2011, has set up branches in countries including the United States, Canada and Japan.

Cui Dongshu, a senior researcher with the China Automobile Dealers Association's research institute, said the move would help CATL better serve local clients, and will further consolidate the battery giant's position in foreign markets. Cui said many Chinese battery manufacturers have improved their technology and have the capability to expand overseas.

"Homegrown firms remain at the forefront of EV battery innovations, driven by their technological strength and solid client base," said Zou Hui, an analyst at Orient Securities.

Data from the China Association of Automobile Manufacturers show that new energy vehicle sales in May reached 100,400 units, up 1.8 percent year-on-year. The growth rate was 18.1 percent in April and 85.4 percent in March.