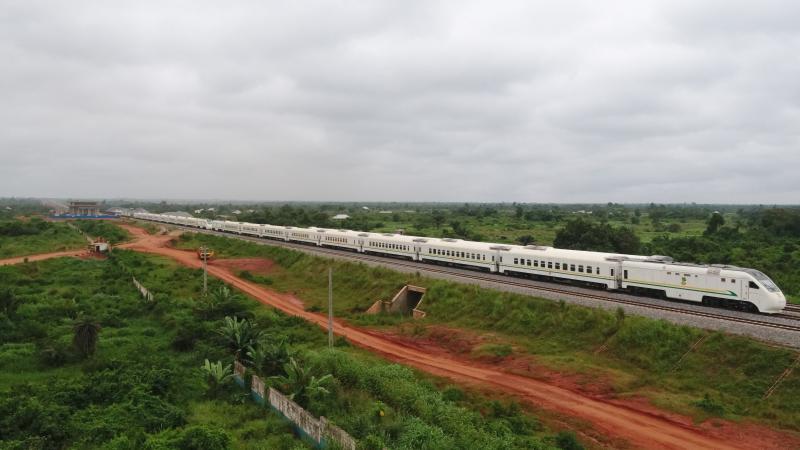 Under the theme of "Working Together for Connected Future," the event was presented via vlog and cloud livestreaming.

The first double-track railway in West Africa to adopt Chinese standards, the 156-km railway line starts in Lagos, the commercial hub and port city of Nigeria, and ends in the country's northeastern city of Ibadan.

The railway is expected to enter operation this year. It will reduce travel time between the two cities to under two hours, ease road traffic congestion, facilitate the transportation of commodities in Lagos, and promote the economic development of cities along its route.

The railway station in Lagos, which has been designed to accommodate up to 6,000 passengers, will be the largest in West Africa.

Yakubu Adogie, an external liaison officer with the project, introduced the work and took international viewers on a virtual tour around the entrance hall and dispatch center of Lagos Railway Station.

The railway line opened to the public for free in a trial operation during the holiday between Christmas 2019 and New Year, leaving a deep impression on passengers, according to Li Depeng, an engineer on the project.