Beijing(People's Daily) - The launch of the Global Young Leaders Dialogue (GYLD) Program, jointly initiated by the Center for China and Globalization (CCG) and the Academy of Contemporary China and World Studies (ACCWS), was held in Beijing on Tuesday. 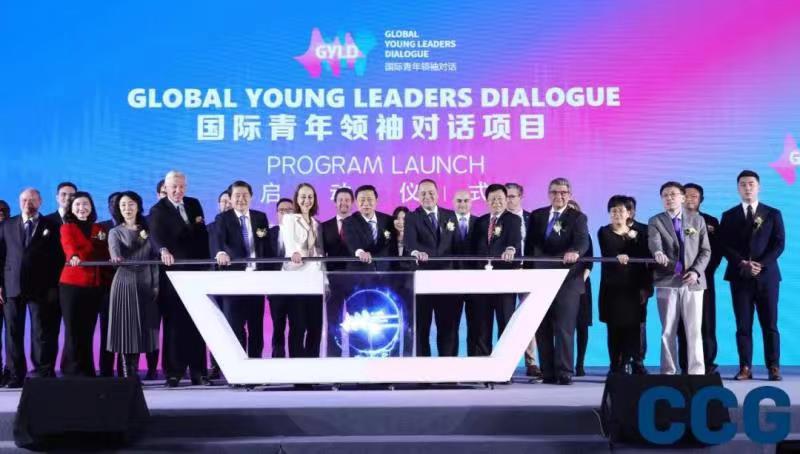 Guo Weimin noted that the GYLD is a good platform to promote exchanges and dialogue between Chinese and foreign young leaders. He voiced hope that people will look at the world with equality, respect and inclusiveness, communicate with each other through mutual appreciation, learning and sharing to promote harmonious coexistence, exchange and mutual learning among different cultures.

Du Zhanyuan noted that the youth is an important force for continuous global dialogue and multilateral cooperation, and voiced expectations that this platform will further stimulate global young people’s enthusiasm for dialogue, to spark ideas and trigger powerful voices.

As the chief of the program, CCG Secretary General Dr. Mabel Miao introduced GYLD. She said, inspired by successful global youth leadership programs, the GYLD is designed to nurture the development of opinion leaders from diverse regions, sectors, disciplines, cultural and professional backgrounds. She noted that GYLD aims to develop a dynamic community network with the vision and influence to drive positive cross-cultural dialogue and communication. She stressed that via open and extensive exchanges, we seek to bring together enterprising, globally minded men and women under the age of 45, to debate and formulate action plans, proposals, and innovative solutions to the world’s most complex challenges. The GYLD embraces values such as internationalism, creativity, diversity and inclusiveness in global affairs. The GYLD focuses on areas ranging from globalization, global governance, multilateralism, technology and innovation, dialogue among civilizations, sustainable and inclusive development, and public health.

Miao also mentioned that in the future, the GYLD will develop programs including annual forums, workshops, seminars and symposiums, and joint research. Longer-term GYLD plans also include scholarships and grants, exchange programs, talent competitions, etc. where young leaders travel globally to meet their counterparts in person in post-pandemic times.

The program launch is meaningful for global young leaders to exchange ideas, play an important role in international affairs and contribute to global governance. 2020 marks the 75th anniversary of the United Nations. Encountering global challenges such as the global pandemic, the UN has launched a global dialogue initiative calling on people to "Shape our future together". Young people are the best representative of the future. How they view, think about and deal with these global challenges will determine the future world.

Some 100 outstanding young people from international organizations, multinational corporations, universities, think tanks, media and other different fields from over 20 countries participated in the launch.