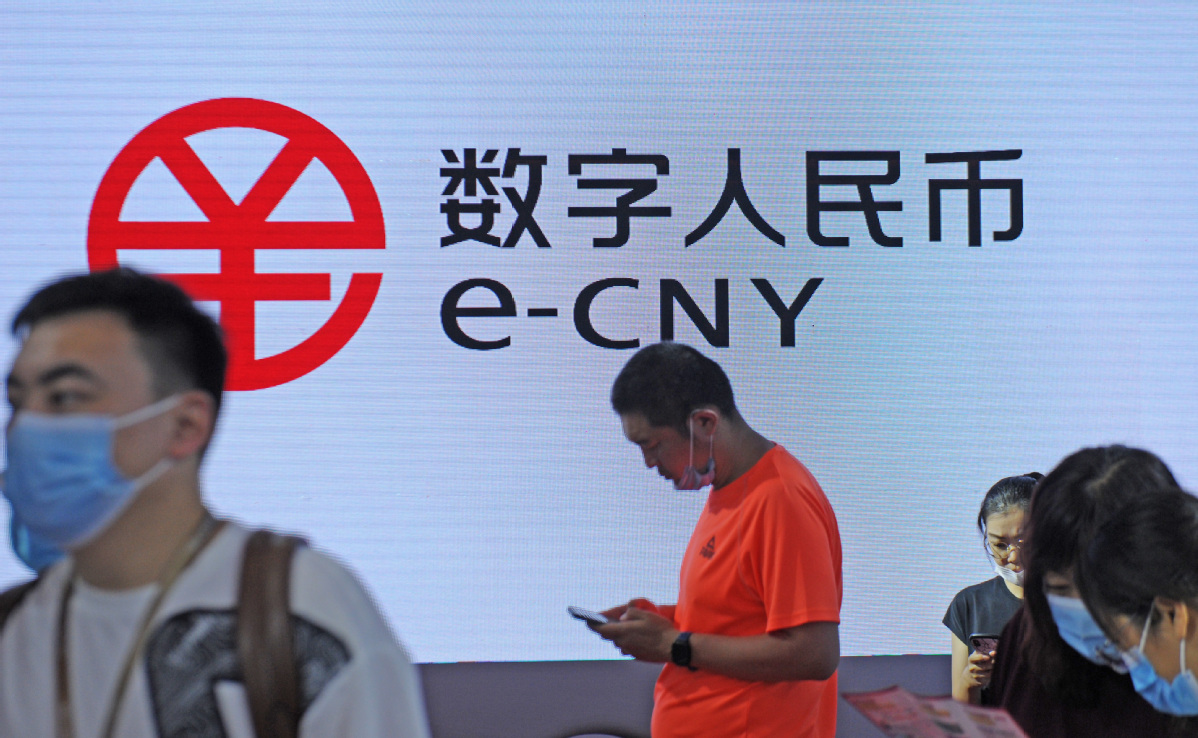 E-CNY is promoted during an expo in Dalian, Liaoning province. [Photo by Lyu Wenzheng/For China Daily]

As part of a pilot program for a multilateral international payment platform with central bank digital currencies initiated by monetary authorities including China's central bank, a brochure was published on Wednesday that introduced applicable cases and new progress in testing.

The program is called "mBridge", and it was jointly established by monetary authorities from the Chinese mainland, Hong Kong, Thailand and the United Arab Emirates. It is supported by the innovation center at the Bank for International Settlements.

The trial validated that central bank digital currencies can substantially increase the speed of cross-border payments from multiple days to near real-time, while also reducing cost.

The brochure summarizes 15 potential business use cases, lays out trial transactions on international trade settlement, and outlines the future roadmap of the platform.

The PBOC's Digital Currency Institute, as the chair of mBridge's technical committee, established the trial platform for the project.

A total of 22 private sector participants have joined the trial, covering four jurisdictions and 11 industries including semiconductors, medical equipment and apparel. The total amount of payments tested on the mBridge trial platform reached more than 2 billion yuan ($312.6 million) so far.

China has not yet officially launched the central bank digital currency, or "e-CNY", and several major challenges need to be addressed first, including improving users' experience and security management and developing the regulatory framework, said Mu Changchun, director-general of the PBOC's Digital Currency Institute.