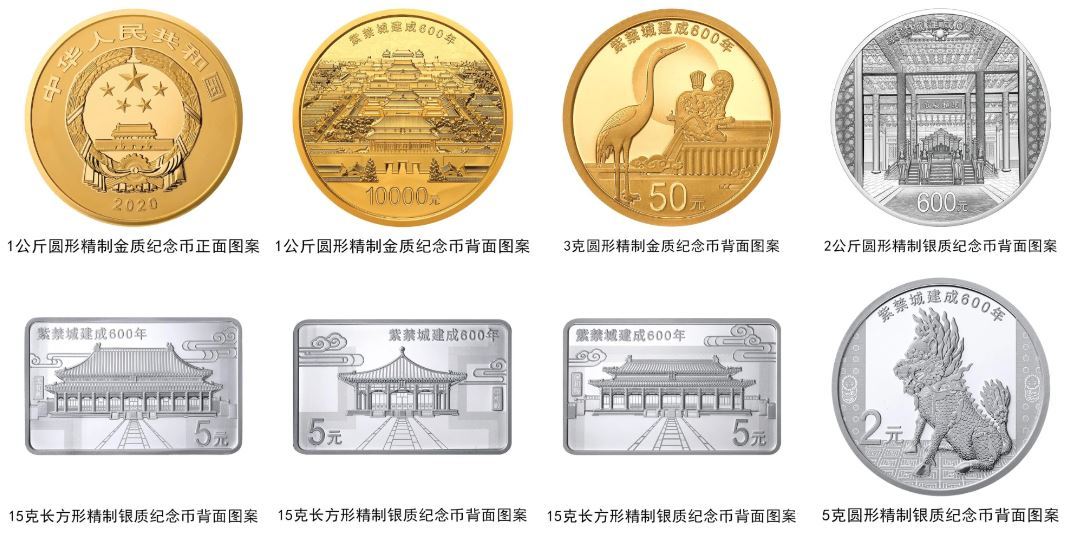 BEIJING - The central bank will issue a set of gold and silver commemorative coins Monday to mark the 600th anniversary of the Forbidden City, a world-famous historic site.

The set consists of two gold and five silver coins, all legal tenders, the People's Bank of China, the central bank, said in a statement.

All coins feature the national emblem on the obverse, while the reverse is inscribed with different pictures, denominations and Chinese characters reading, "The 600th Anniversary of the Forbidden City."