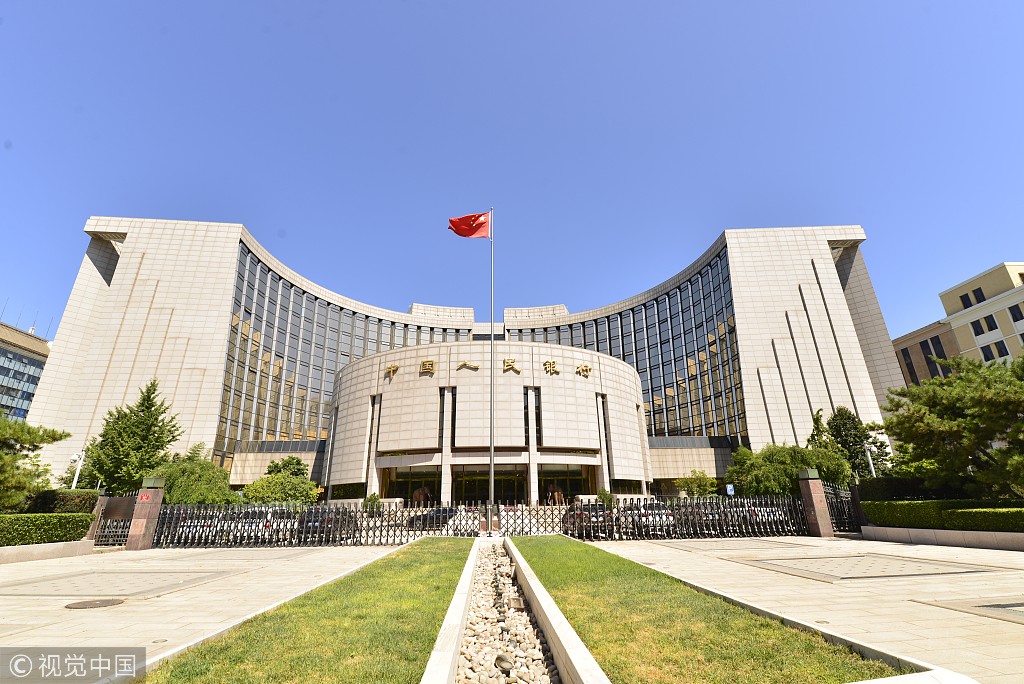 A view of the People's Bank of China. (Photo: VCG)

Increasing uncertainties in the global economy have pushed central banks to further diversify their asset portfolios to generate higher returns.

Many such banks have boosted their holdings of gold in an effort to diversify their reserves away from the US dollar amid trade tensions.

In the first half of this year, the banks bought 374 metric tons of gold worth $15.7 billion, a record high, according to data released by the World Gold Council earlier this month.

"As long as the appetite for risk is dented by global growth fears, trade tensions and uncertainties over Brexit, among many other geopolitical risk factors, gold will remain in the driving seat," Otunuga said.

According to a report by the International Monetary Fund, an important component of the global reserve management strategy is to decide the appropriate degree of diversification with the aim of improving the portfolio's risk-return profile.

"In choosing strategic asset allocation and investment options, attention should be paid to the risk of possible disruptive impact on credit and financial markets and of excessive liquidation or acquisition costs," the report stated.

Analysts said the annual return on average of the world's foreign exchange reserves may have been 3 to 4 percent in recent years, and the investment targets are shifting from short-term equities to long-term projects such as infrastructure construction.

China ranked top globally in terms of foreign exchange reserves by the end of last year, with a total of $3.07 trillion, followed by Japan ($1.27 trillion) and $623 billion in the Eurozone area, according to the IMF.

Switzerland was the top country for foreign exchange reserves as a percentage of GDP, with 114 percent by the end of last year, while the corresponding figure for China was 23.6 percent.