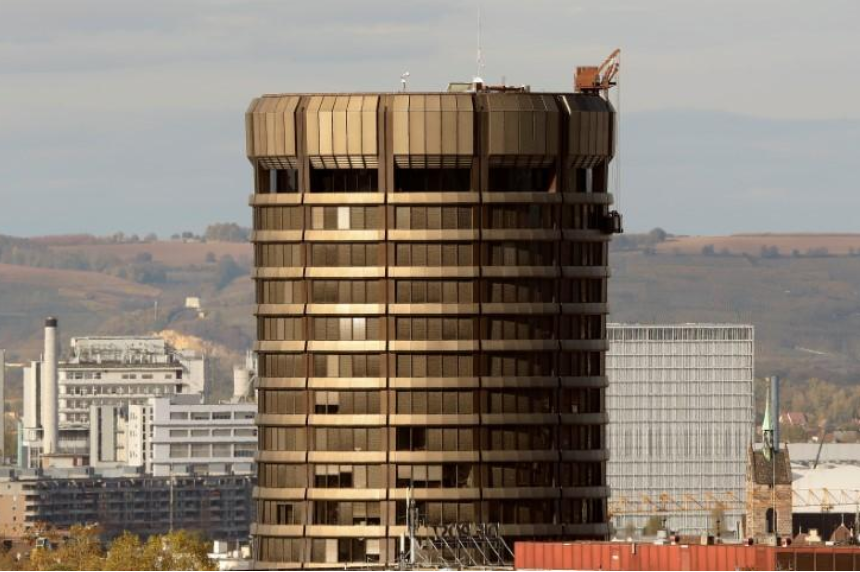 The headquarters of the Bank for International Settlements (BIS) are seen in Basel, Switzerland October 24, 2017. REUTERS/Arnd Wiegmann. PHOTO: Reuters

The umbrella organization for the world’s central banks gave the warning as investors continue to bask in what it called the “light and warmth” of improving global growth, subdued inflation and soaring stock markets.

Record high debt levels, however, highlight vulnerabilities in the financial system and the scale of this year’s rally in asset prices seems to have increased caution at the Switzerland-based BIS.

“High debt levels, in both domestic and foreign currency, are still there. And so are frothy (asset price) valuations,” the head of BIS’s monetary and economic department, Claudio Borio, said.

“The longer the risk-taking continues, the higher the underlying balance sheet exposures may become. Short-run calm comes at the expense of possible long-run turbulence.”

There was some surprise too that benchmark bond yields - which drive global borrowing costs - have stayed down even with the Federal Reserve now shrinking its balance sheet and the European Central Bank also about to heavily cut its stimulus.

The improving global growth outlook, Japan’s ongoing money printing and the message from both the Fed and ECB that they will tread carefully going forward was the likely explanation for still low yields, though they did raise a “deeper question”.

“Can a tightening be considered effective if financial conditions unambiguously ease? And, if the answer is no, what should central banks do?” Borio said.

The pace of tightening from the likes of the Fed is already expected to be the slowest on record.

One concern is that the continued low bond yields and low market volatility, particularly in the United States, are reminiscent of the bond market “conundrum” referred to by former Fed Chair Alan Greenspan in 2005 before the financial crisis.

Yields remained low then too despite a run of US rate hikes and only gained any traction later in the cycle.

“In an era in which gradualism and predictability are becoming the norm, these questions (about effective tightening) are likely to grow more pressing.”

It is especially the case with some stock market gauges now in “frothy” territory.

At recent levels in excess of 30, the US stock market’s cyclically adjusted price/earnings ratio (CAPE), for example, has exceeded its post-1982 average by almost 25 percent.

The dividend payout ratio of US companies is also back at highs observed in the 1970s and so might not go much further. “High valuations: market complacency?” the BIS posed the question, though it said stocks did look much less frothy when measured against extremely low bonds yields.