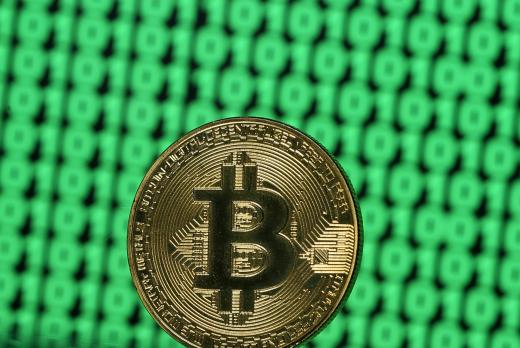 FILE PHOTO: A token of the virtual currency Bitcoin is seen placed on a monitor that displays binary digits in this illustration

Central banks should consider using digital currencies in cross-border payments that could cut transaction time and costs, researchers at the Chinese Academy of Social Sciences (CASS), a top government think tank, said in a report.

Cryptocurrencies allow parties to transact payments directly without a central intermediary, by means of blockchain technology that uses a shared ledger that verifies, records and settles transactions in a matter of minutes.

The average transmission time could be shortened to less than 1 day from 3-5 days traditionally and the cost could be reduced to 1 percent or less from about 7.2 percent, Liu Dongmin and Song Shuang at the CASS said in the report.

“Moreover, as the new system becomes more open, more flexible and more inclusive, all the developing countries will get fair and easy access to these services,” the report said.

The report proposed three types of digital payments systems: one led by the International Monetary Fund (IMF), a second led by some countries, or a third that combines the IMF’s system with those of certain countries. It said a combined system was the most feasible.

China’s central bank has been exploring the issuance of a sovereign digital currency, even as it ratchets up a crackdown on privately issued digital currencies.

Fan Yifei, a vice central bank governor, had said recently China should consider adopting a “two-tier” system in issuing digital currencies, in which both the central bank and financial institutions become legitimate issuers.

China has taken a string of steps in recent months to clamp down on the cryptocurrency market, including closing exchanges and banning so-called initial coin offerings - digital, token-based fundraising rounds.

On Monday, the Financial News, which is run by the central bank, said the PBOC would monitor overseas websites of virtual currency trading platforms to curb risks caused by a rush of investment following the ICO ban.