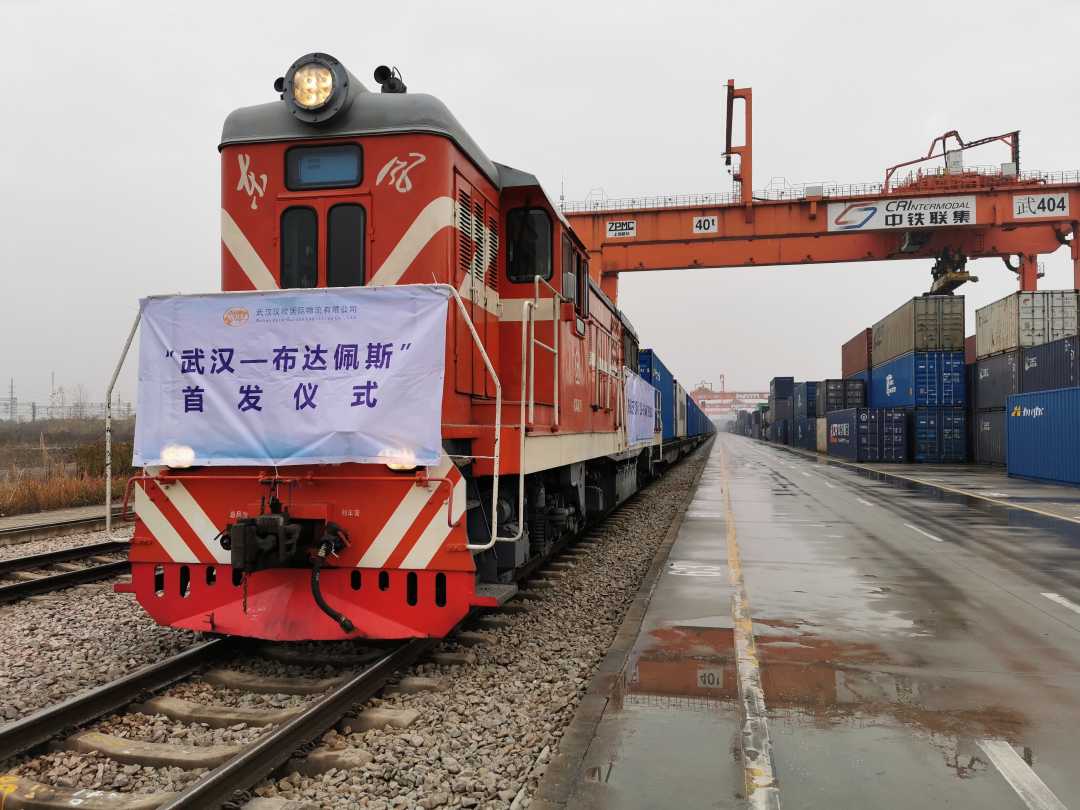 The China-Europe freight train will arrive in Budapest, Hungary in about 20 days, according to Wuhan Asia-Europe Logistics.

The company opened its freight train service linking Wuhan with London in July 2018 and launched services to Belgium and Spain, respectively, on Dec 11 and 13 this year.

The company said with the Budapest route, it is making its international container freight network denser, radiating to 28 European countries and more than 60 cities, to facilitate economic and trade exchanges.

On the route, the train stops at main stations in Budapest, Vienna, Prague and Bratislava.