The Latest on Deutsche Bank's struggles to turn around its business (all times local):

Deutsche Bank CEO Christian Sewing says the bank is on the way to "sustained" profitability after meeting goals for cost cuts and turning its first fully-year profit since 2014. 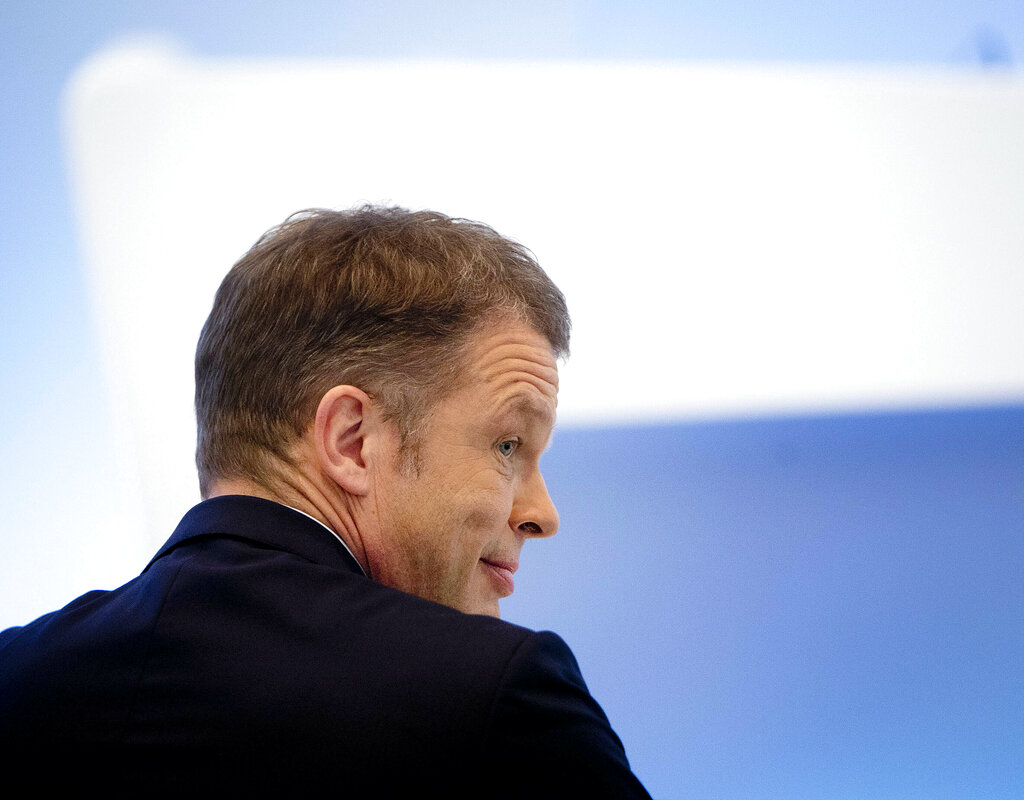 Sewing said at a news conference Friday that "we are not yet where we want to be, especially in terms of revenues, which fell 4 percent."

He said the bank had "laid the foundations to once again provide our shareholders with sustained growth in their return on investment."

The bank made a net profit of 341 million euros ($390 million) in 2018, the first after three straight years of losses. The bank has struggled to cut costs, resolve legal issues with regulators, and refocus on its European and German base rather than compete across the board with Wall Street banks.

Deutsche Bank is reporting it made a profit in 2018 after three years of losses as it hit targets for cutting costs.

But the bank lost 409 million euros in the fourth quarter as revenue slumped from trading bonds and currencies and it faces continued legal trouble despite years of trying to put such matters behind it.

Bank offices were raided in November as part of a probe by German prosecutors into suspicions employees helped clients set up offshore accounts used to launder money.

Cover image: The Deutsche Bank headquarters with the bank's logo is reflected in a puddle ahead of the annual press conference in Frankfurt, Germany, Friday, Feb. 1, 2019.