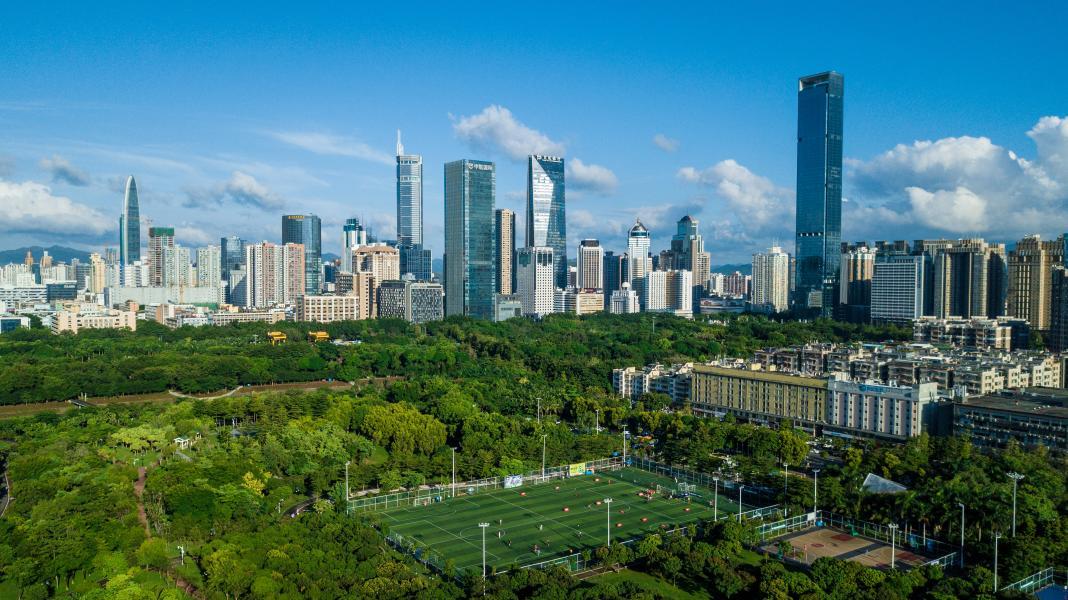 Over the past four decades, the southern Chinese city of Shenzhen, the first and most successful special economic zone in the country, has transformed from a small fishing village opening a window for China's reform and opening-up into a modern metropolis tasked to lead China's socialist path.

In July 1979, the Shekou industrial zone began construction in Shenzhen, which fired the "first shot" of China's reform and opening-up.

In the same year, the first workshop of China International Marine Containers (Group) Ltd. (CIMC) was set up in the industrial zone. CIMC was then a joint venture between Hong Kong and European investors, the first time for the latter to invest in Shenzhen.

On Aug. 26, 1980, the 15th meeting of the Standing Committee of the fifth National People's Congress, the national legislature, approved the establishment of special economic zones in Shenzhen, Zhuhai, and Shantou in Guangdong Province and Xiamen in Fujian Province.

The window of the country's reform and opening-up drive was opened in Shenzhen, as the frontrunner kick-started a brand-new market-oriented development pattern.

A giant poster with the slogan of "Time is money, efficiency is life" stood tall before the Shekou industrial zone to remind the early builders in Shenzhen to seize the moment and strive for economic miracles.

Ever since then, Shenzhen has made itself a prominent test-bed of China's reform and opening-up.

The 53-story Shenzhen International Trade Center, the city's landmark, was built with a speed of one story every three days.

A raft of reforms has been carried out here, which created countless "firsts" on the Chinese mainland, including the first land auctioned and the first stock issued.

Along the path of reform, Shenzhen switched its industrial structure from labor-intensive to technology-intensive.

Meanwhile, Shenzhen targeted the layout of strategic emerging industries, including new-generation information technology, the internet, new energy, new materials and biology. A large number of innovation-oriented enterprises, including Huawei, Tencent, DJI and BYD, have grown in Shenzhen, which has become a major engine for China's scientific and technological innovation.

On average, there are 8.5 state-level high-tech enterprises per square km in Shenzhen, and an average of 71 invention patents are authorized every day.

Now, the CIMC has developed into the world's largest container manufacturer. "Our business has spread all over the world, and our success is in line with the characteristics of the special economic zone, which is embracing the world and the market," said Mai Boliang, chairman of CIMC.

Last year, the metropolis was endowed with a new unparalleled role as "a pilot demonstration area of socialism with Chinese characteristics" in China's latest round of deepening overall reform.

Qu Jian, vice dean of the China Development Institute, said Shenzhen played a successful role as China's reform and opening-up pioneer. "Now, the city's job is to come up with a replicable model for socialism with Chinese characteristics," Qu said.

A guideline, issued by the Communist Party of China Central Committee and the State Council, laid out a timeline for the city's development. By 2025, it will become a leading city globally in terms of economic strength and quality of development, and by 2035, not only will it become a national model of high-quality development, but also a hub of innovation, entrepreneurship, and creativity with international influence.

"To build a pilot demonstration area is not to be a champion only in a certain field, but to be an all-round champion in all aspects," said Wang Weizhong, secretary of the Shenzhen Municipal Committee of the Communist Party of China.