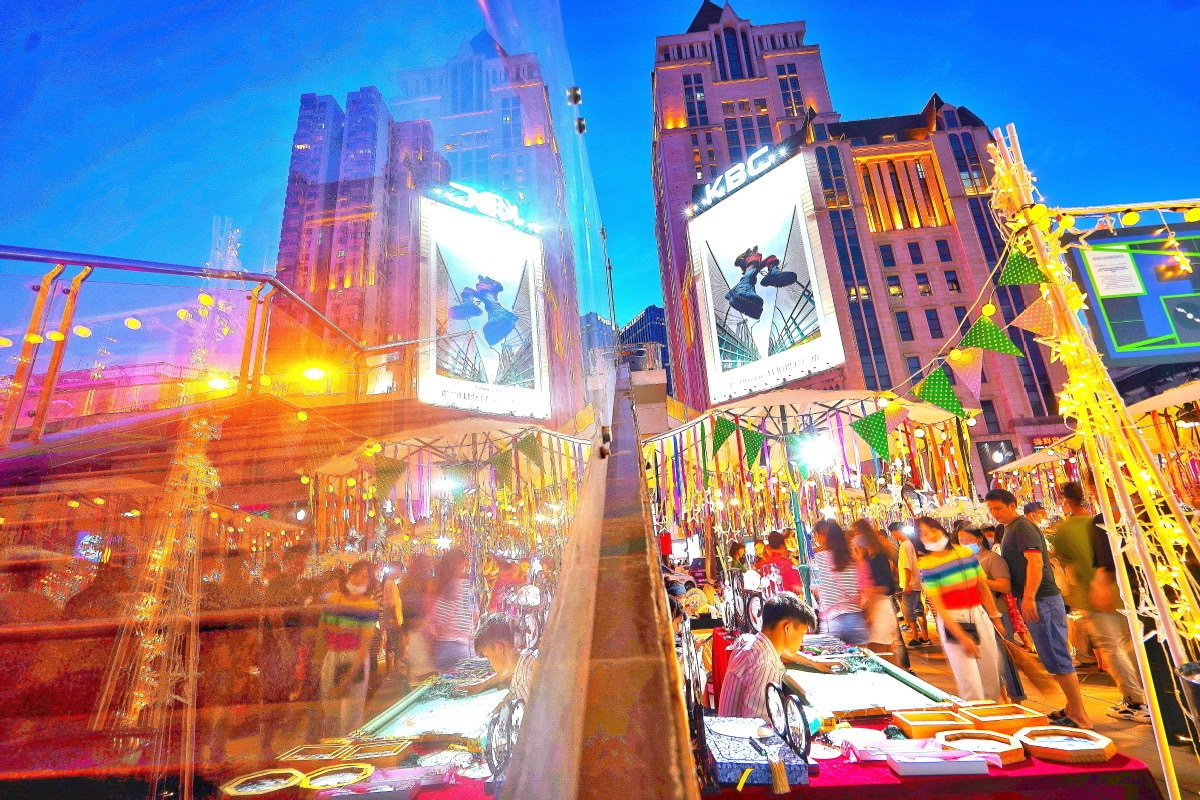 People shop at a night market on the street in Chengdu, Sichuan province. (Photo: China Daily)

The Globalization and World Cities Research Network (GaWC) released its latest world cities rankings on August 21, with six Chinese cities ranked in Alpha level, or first-tier city level. Southwestern Chinese city Chengdu, given its high connection with other cities, jumped 12 places from the 2018 ranking to the Beta+ level and took the No 59 spot worldwide.

Created in the Geography Department at Loughborough University in the United Kingdom, the GaWC network focuses upon research into the external relations of world cities. China's Hong Kong, Shanghai, and Beijing ranked as Alpha+ cities in this year's rankings, while Guangzhou, Taipei, and Shenzhen were among the Alpha-list.

As the only Chinese city ranked in the Beta+ level, Chengdu's skyrocket rise can be attributed to its strong connection with other cities in China and the globe, said Ben Derudder, associate director at GaWC, to National Business Daily.

Mass infrastructure construction in China has largely increased the country's connectivity with the rest of the world, Derudder said, noting that the dual airports mode in Chengdu will enhance its transportation capability to a large extent.

According to the NBD report, more than 300 Fortune 500 companies have headquarters or branches in Chengdu, making the city high-demanding in international logistics channels. Total import-export volume of Chengdu jumped 23.5 percent in the first half of the year, the highest in growth among cities with total foreign trade value above 10 million yuan ($1.45 million).

Chengdu's Shuangliu International Airport registered about 3,237,000 passengers in June this year, ranking first in passenger volume around the country. Flight movements in that month reached 27,000, topping the nation for two consecutive months.

The city also saw 40.9 percent growth in international trains operation to 1,810 trains during the Jan to June period, with the running of China-Europe railway trains reporting an increase of 57.7 percent.

The city's innovative and livable ability all indicate its positive economic development, said Derudder, adding that the quality of the city's natural endowments will enhance the pleasure of life in Chengdu.

As Chengdu sticks to its growth tracks, the city may see positive changes in next GaWC ranking, the associate director added.