Chile's government has asked antitrust regulators to block the sale of a stake in lithium company SQM to a Chinese company on the grounds it would give China an unfair advantage in the global race to secure resources to develop electric vehicles, according to a document seen by Reuters.

Chile development agency Corfo, which oversees SQM's lithium leases in the Salar de Atacama, home to one of the world's richest lithium deposits claimed in a 45-page complaint filed on Friday that the purchase of a stake in SQM by "Tianqi Lithium, or any entity related to it directly or indirectly (including companies controlled by the government of China)" would "gravely distort market competition."

Eduardo Bitran, head of Corfo, said in an interview on Friday that Tianqi Lithium late in 2017 presented a "non-binding" offer for Nutrien's (formerly Potash Corp of Saskatchewan) 32 percent stake in SQM. 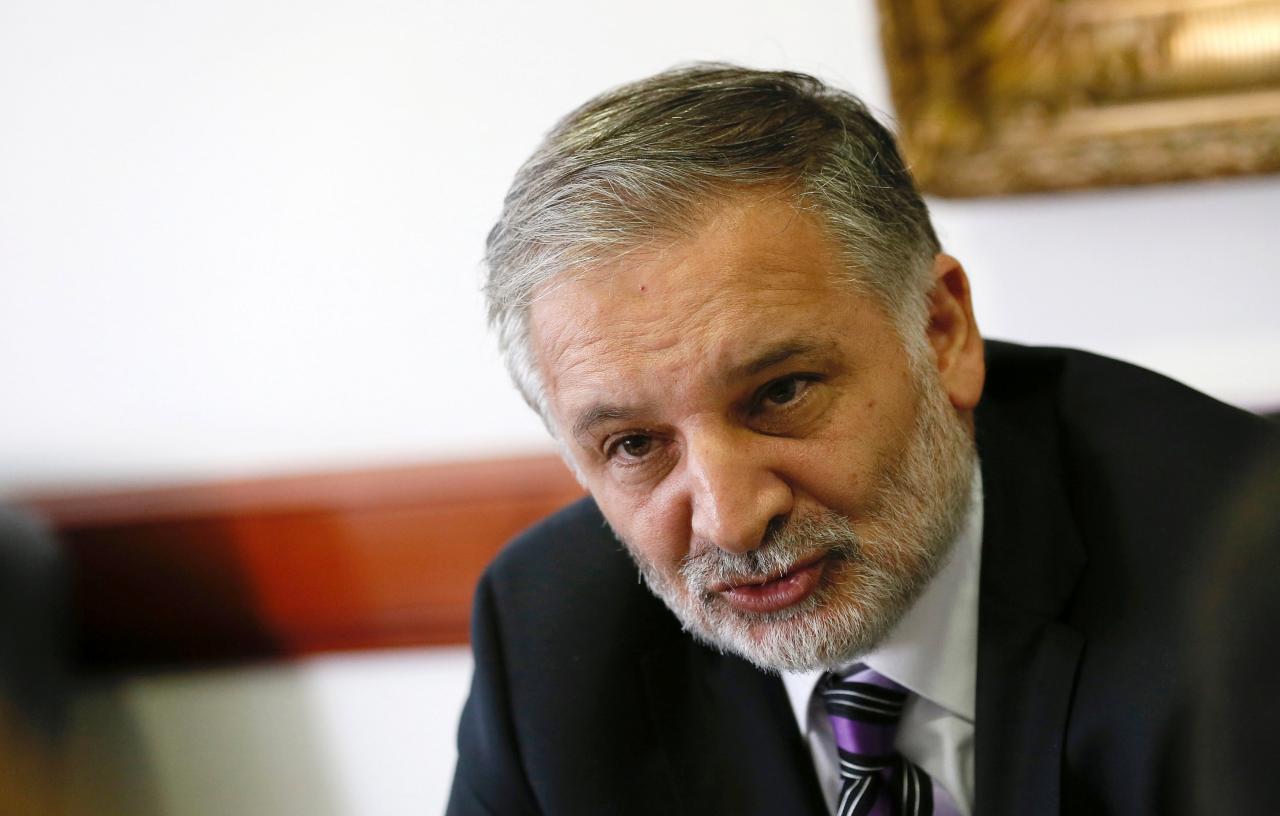 Eduardo Bitran, Executive Vice President of the Corporation for the promotion of production (CORFO), speaks during an interview with Reuters in Santiago, Chile, January 16, 2017. (Photo: Reuters)

SQM is one of the world's top producers of lithium.

The offer was more than 20 percent over market value at the time it was presented, when SQM shares had reached all-time highs, Bitran said.

"That would make the situation very difficult for those who wish to compete on the basis of economics," said Bitran, who is expected to leave his post on Sunday when Sebastian Pinera is sworn in as Chile's president, replacing Michelle Bachelet.

Chilean antitrust regulator FNE will need to review the complaint.

SQM and Tianqi, one of China's top lithium producers, are "extremely close competitors ... and were one to acquire an interest in the other, even (a minority stake), it would have serious anti-competitive impacts on the market," Bitran wrote in the complaint.

Together, the Chinese company and SQM control 70 percent of the global lithium market, the document said.

Four other companies, all Chinese except for global miner Rio Tinto, were also vying for the Nutrien stake, Bitran said.

Canadian fertilizer company Nutrien is selling its stake in SQM as part of pledges to regulators who approved this year the merger of Agrium and Potash Corp of Saskatchewan, which created Nutrien. SQM also has significant fertilizer production.

Bitran said that then-Potash CEO Jochen Tilk, who visited Chile in December, had "threatened" to take the case to international arbitration court should Chile attempt to block the sale of its stake in SQM.

SQM operates primarily in Chile's Salar de Atacama, a lithium-rich resource that has the globe's lowest costs of production. Lithium is a key ingredient in rechargeable batteries.

"If this company is controlled by the development interests of the Chinese automobile industry then the electric vehicle and (anti)-climate change movements at the global level will have a problem," said Bitran.

"This is why I'm asking prosecutors to investigate, and that they join with anti-trust regulators of the OECD countries," Bitran said.