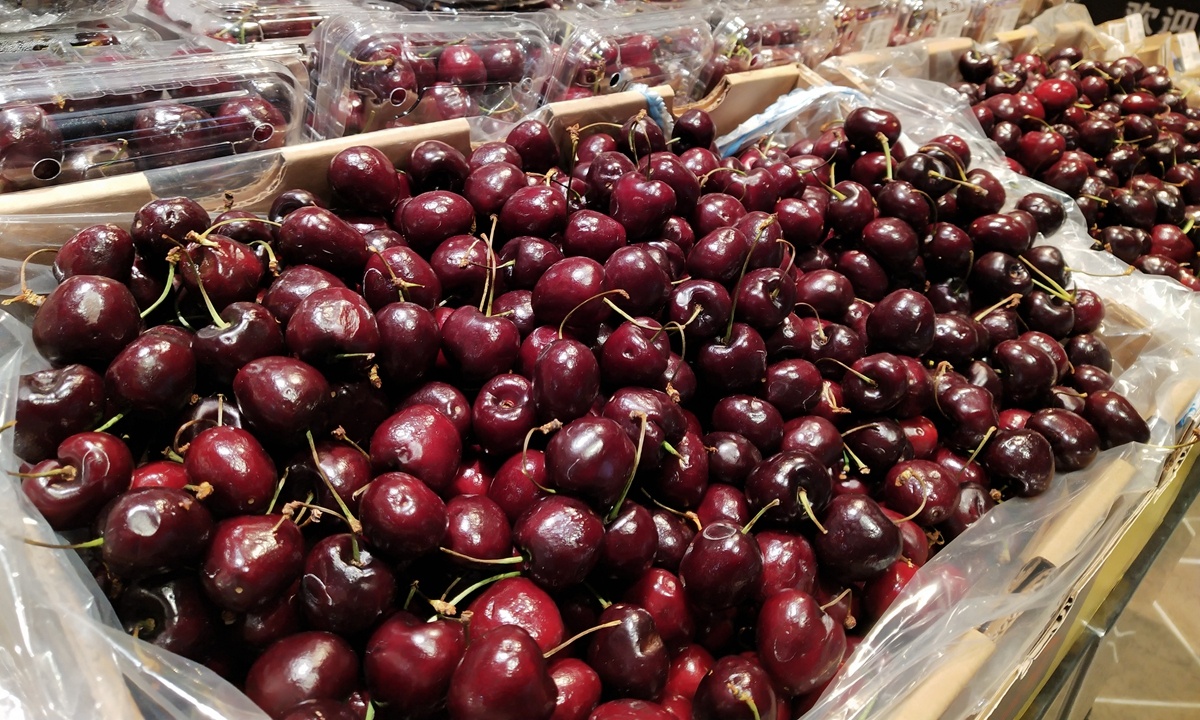 Chilean cherry exporters are still betting on the big appetites of Chinese consumers, even as a virus scare ruined what could be a good business year following a bumper harvest, industry insiders said on Tuesday.

The comments came as the 2020-21 season of Chilean cherries shipped to China, at 330,000 tons, were almost sold out, and China's new Ambassador to Chile Niu Qingbao dismissed a "China revenge" theory over a virus-positive cherry incident that took place in mid-January.

In his first interview with the Chilean press at his new posting, Ambassador Niu said that no such thing existed, and any theory that China had taken revenge on Chilean cherries for its political stance was no more than groundless speculation.

Gonzalo Matamala, general manager for China & APAC region with Chilean fruit grower and exporter Giddings Fruit, said despite the incident in January that dealt a devastating blow to enthusiastic exporters, traders and retailers, their expectations for this winter's fruit sales remained bullish.

"Thankfully, the incident is over and Chinese consumers have eaten the fruit ... as in the past maybe they couldn't, and we also won a big amount of new clients," Matamala told the Global Times on Tuesday.

Chile launched an intensive PR campaign in January and February, after a Chinese locality announced that it had found a batch of imported cherries that was COVID-19 positive, and cherry prices began to plummet in China because of this news. Exporters and importers took a direct hit, with some going bankrupt after being forced to sell the highly perishable fruit for extremely low prices.

Chinese epidemiologists also weighed in, clarifying the actual risk of being infected by coronavirus via imported fruit was very low.

The Chinese government has also requested foreign exporters to implement strict protocols throughout the production and export process with the highest safety standards.

Matamala said the situation is over, and people have more trust, while the next season of Chilean cherries is due this October.

"Now with more time, we think we will make a comeback," Matamala said, adding that cherry sales grew by 50 percent in 2020 - evidence that China has a big appetite for cherries.

Fruits, from blueberry and sugar cane to grapes and nectarines, are not affected by the pandemic, according to Matamala, calling the January event "very unfortunate" and the "getting COVID-19 from eating cherries" thing "a rumor."

Keeping his fingers crossed, given that the pandemic may still linger this year, Matamala said his company has very high expectations for the Chinese market. "If nothing like the scare had happened, the Chinese consumers would have eaten a lot more cherries than the year before."

As of 2019, more than 91 percent of the country's cherries were consumed by Chinese.

Ambassador Niu also expressed his stance on 5G wireless technology, saying countries should be able to choose freely their 5G cooperation partners without interference from other countries and that China is firmly opposed to US crackdown on Chinese companies' normal global cooperation out of political intentions.