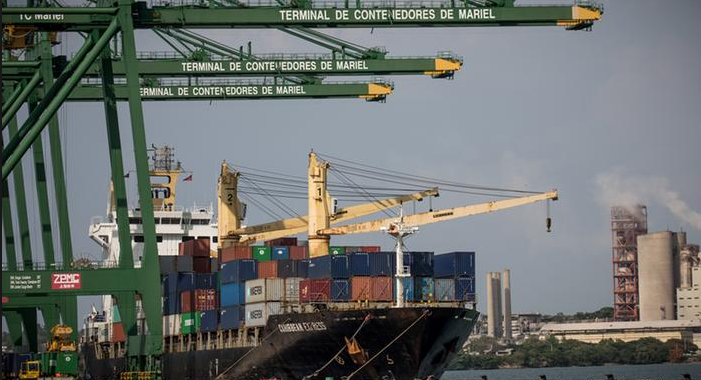 Chile's President Michelle Bachelet on Monday vowed to strengthen economic and commercial ties with Cuba and urged her nation's businessmen to participate in the island's reform process as Havana has set favorable conditions for foreign investment.

Bachelet inaugurated a bilateral business forum as part of her official visit to the Caribbean nation, calling on both public and private companies to increase bilateral commercial links which reached 52 million U.S. dollars last year.

The South American president highlighted several joint projects in the health sector as well as the first iron exploration in Cuba's history between the island's Commercial Caribbean Nickel S.A. and Chile's RM Asesorias.

She also said several bilateral agreements have been signed in the past three years to deepen trade with favorable tax conditions and aiming at benefiting small- and medium- Chilean companies.

"These agreements as well as a new Cuban law which favors foreign investment generates favorable conditions to bolster economic relations. We foresee new opportunities to continue developing our links that benefit both sides," she said.

The Chilean leader said Cuba's flagship project to attract foreign investment at the Mariel Special Economic Zone is a unique opportunity for her nation's businesses to invest in the island and the rest of the Caribbean.

"Bilateral trade continues to be deficient taking into consideration our friendship and social cooperation. We must work to increase Cuba's exports to Chile as well as our country's presence in this nation's economic development," she added.

She highlighted the increase in Chilean tourists to Cuba which rose from 17,000 in 2010 to more than 49,000 in 2015, the last year this number was registered by Santiago's authorities.

Cuba's Minister of Foreign Trade and Investment Rodrigo Malmierca, who also participated in the forum's opening, said there are currently various Chilean investment projects under negotiation which could be finalized this year in areas like tourism, agriculture and professional services.

"Our average bilateral trade in the last few years has been around 50 million U.S. dollars. Although it has had a favorable evolution we're not satisfied with these numbers and we consider there are possibilities to expand trade in both directions and improve Cuba's exports to Chile," he said.

Bachelet is on an official two-day visit to Havana which she started on Sunday by meeting with local artists and intellectuals and witnessing the signing of a cultural cooperation agreement between both countries.

Later Monday, she will meet with President Raul Castro and also lay a flower wreath to Cuba's national hero Jose Marti at the capital's Revolution Square.