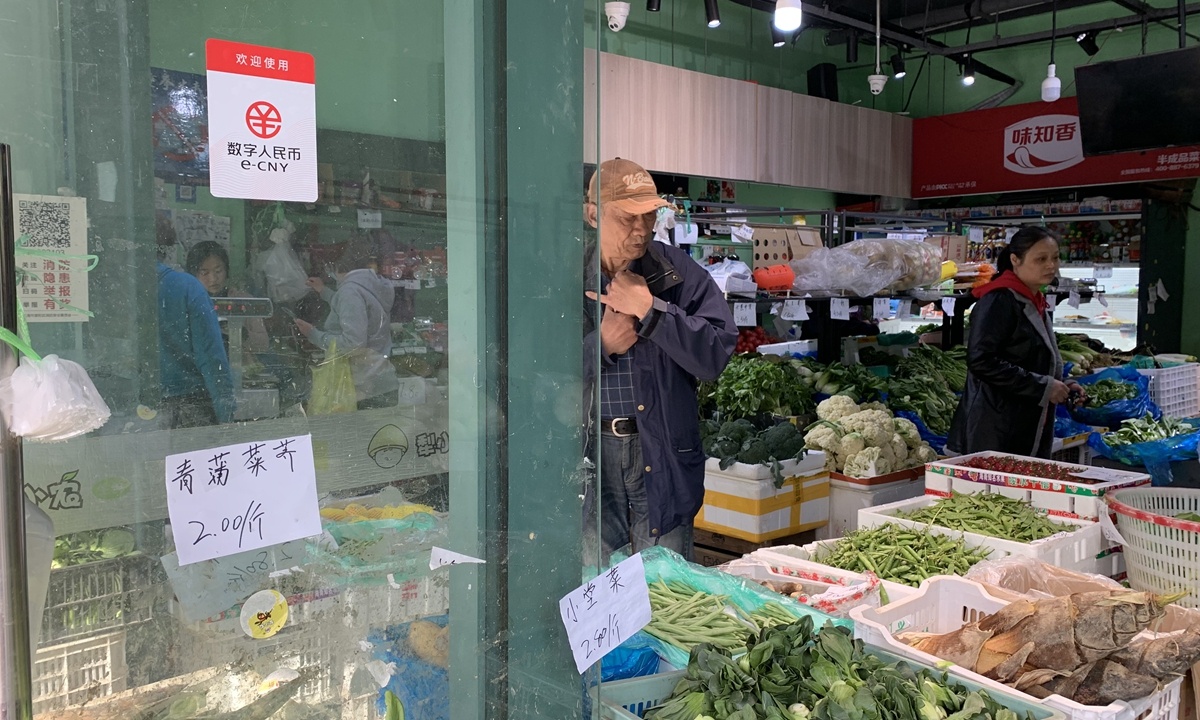 Chinese economists have refuted some overseas economists' allegation that the use of the digital yuan is a threat, saying China's currency reform won't bring fundamental change to global finance, although it may lead to less dominance of the US dollar.

Starting from Wednesday, passengers in Beijing are allowed to use digital yuan to pay for subway commute, one day after a subway line in East China's Suzhou city began accepting digital yuan.

These are the latest trials rolled out by the Chinese government to apply digital yuan to real-life scenarios, including issuing digital yuan "red packets" to city residents and testing the currency's usage at some vending machines.

Liu Dian, an associate research fellow at the Chongyang Institute of Renmin University of China, said that the use of the digital yuan will expand from sporadic retail scenarios to broader applications, including cross-border payments.

"For example, the 2022 Beijing Winter Olympics will likely become the first scenario for digital yuan to be used in large-scale cross-border payments," Liu told the Global Times on Wednesday.

Apart from broader digitalization of life through technology, many countries are worried that their currencies' international role could weaken amid the rise of foreign digital currencies.

Experts acknowledged that China has taken the lead in digital currency push, given the country's rapid development of informatization industries such as 5G, e-commerce and social network platforms that provide a myriad of application scenarios. But the country still needs to do more research on digital currency technologies to reinforce its advantages.

Experts stressed that the rise of digital currencies would diversify the global currency system, as many small economies want to shake off reliance on the US dollar with the help of new technical methods, such as currency digitalization.

"I believe that the world's financial system will become more pluralistic, and settlement of currencies will become more varied, with reforms not just for the yuan but also the euro and yen," Wang Peng, an assistant professor at the Gaoling School of Artificial Intelligence at the Renmin University of China, told the Global Times.

Wang Jiaojiao, director of the think tank trade development department under the Alliance of Belt and Road Business Schools, told the Global Times that digital yuan could weaken the US dollar's role in global currency settlements because of the US Fed's excessive money printing, not China's currency reforms. However, it seems impossible for the yuan to totally replace the US dollar's dominant role in the foreseeable future, she said.