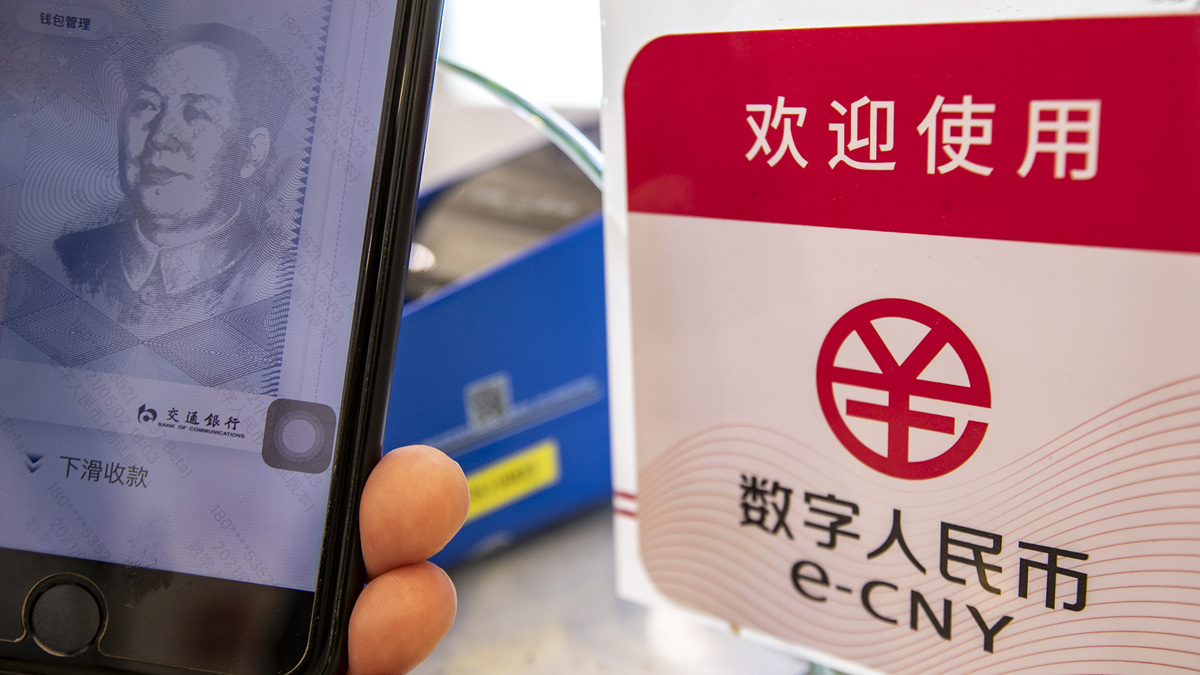 China's central bank digital currency (CBDC) has showed up at the first China International Consumer Products Expo in south China's Haikou port city, giving foreigners at the event a taste of the payment experience it offers.

The People's Bank of China (PBOC), the central bank, carried out trials on the currency in about a dozen regions last year. 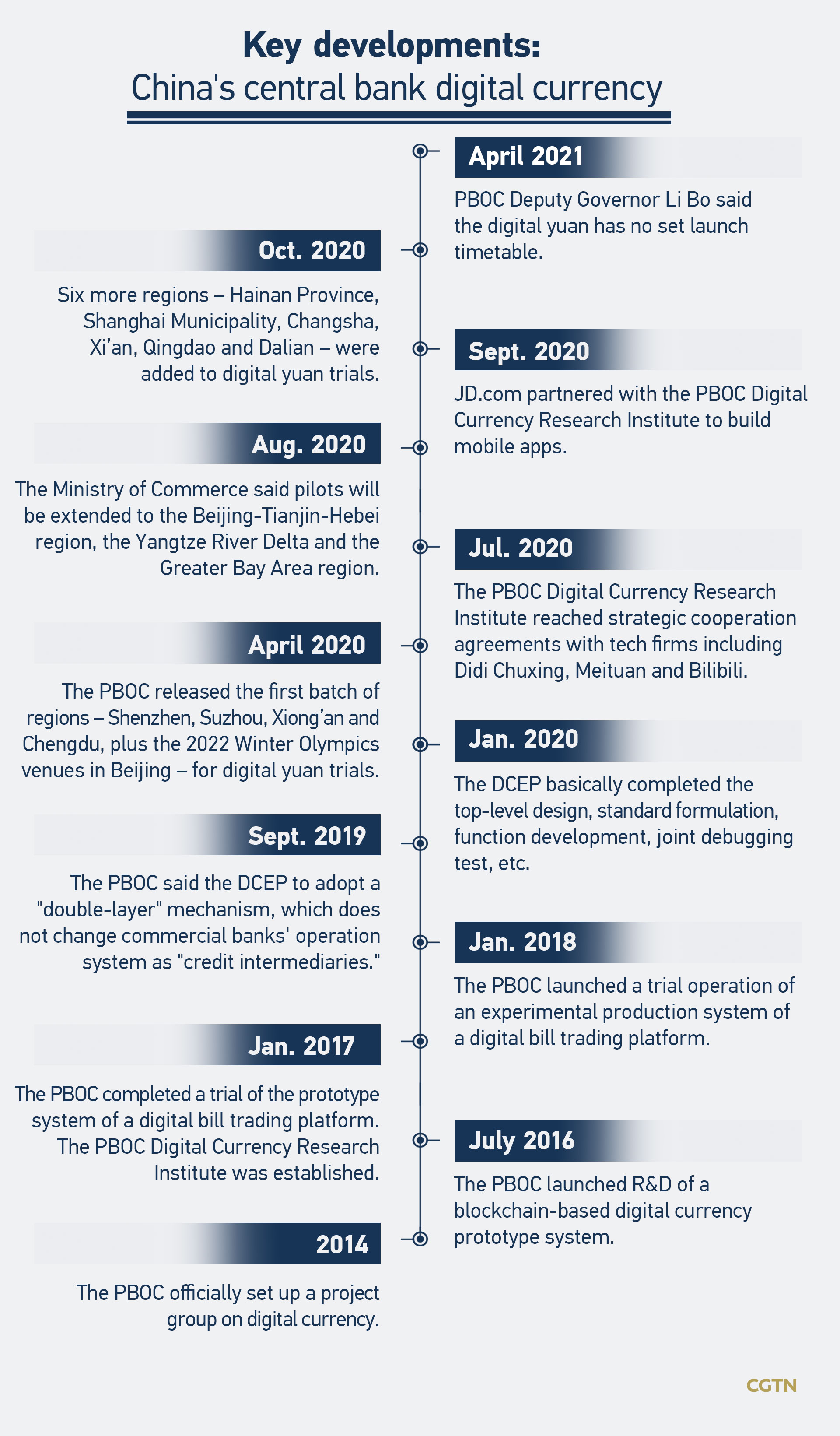 A CBDC, unlike bitcoin that is based on a decentralized blockchain protocol, is issued and regulated by a central bank using a digital token to represent the virtual form of its fiat currency.

It not only offers convenience and security but also the regulated, reserved-backed money circulation of the traditional banking system.

China is leading among major economies in issuing a CBDC – also called e-CNY, digital yuan, or Digital Currency Electronic Payment (DCEP), although the honor of being the first country to issue one went to the Bahamas last year. 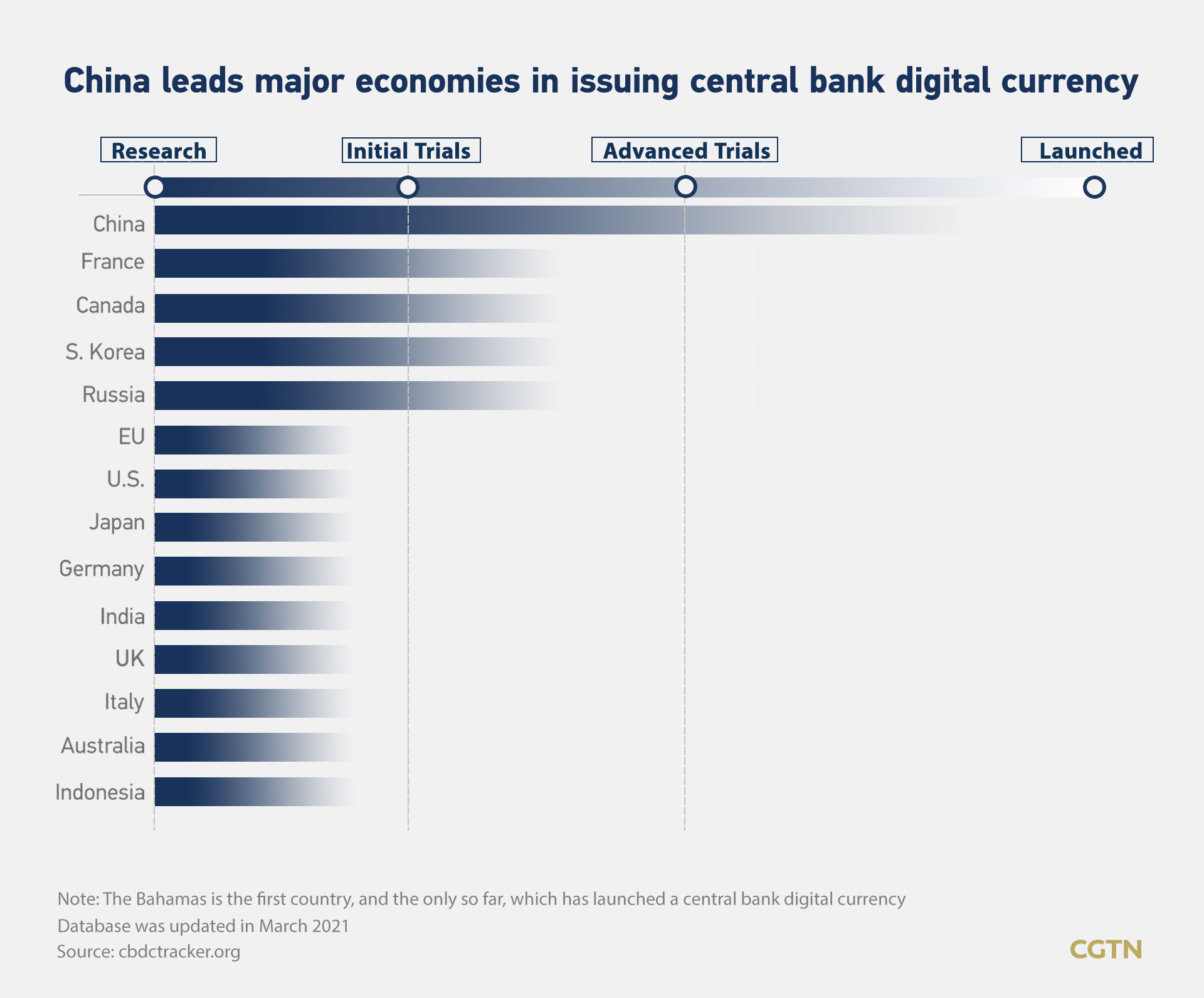 In 2020, China saw transactions worth $67 trillion being processed through mobile payments. The number was nearly 400 times more than that in the U.S., according to Chinese financial data provider Wind.

Although there remains no specific timeline for nationwide rollout of the digital yuan, as the PBOC's Deputy Governor Li Bo said at the Boao Forum last month, the second-largest economy's leading status in this domain has triggered a bunch of bold claims. One of the most often discussed recently was that the digital yuan will challenge the U.S. dollar for global prominence and shake up current global financial systems.

A threat to U.S. dollar?

Every nation on Earth is basically subjected to U.S. legislation because their banking systems clear in the U.S. dollar, Professor Luigi Zingales of the University of Chicago Booth School of Business told CGTN.

"I think there is an increasing resentment in a lot of countries in the world, and they don't want to be part of that. Especially when the decision taken by the U.S. tends to be volatile," he said, illustrating that deals could be interrupted when made with countries such as Iran.

"I think there is a demand for an alternative currency," he added.

Samuel Mok, former U.S. Treasury CFO, told CGTN that if China can successfully push the digital currency, it can threaten the domination of the U.S. dollar.

Zingales also echoed the view. "I think if the Chinese government starts to issue a digital renminbi relatively fast, [it] might gain market share in that dimension", he said, adding that the U.S. is not ready to issue a digital currency yet.

The Biden administration has stepped up scrutiny of China's plans for the digital yuan, Bloomberg reported in April.

However, present and former Chinese finance officials have repeatedly tried to calm external concerns about competing with the U.S. dollar in their public remarks.

China has no desire to replace the U.S. dollar with its digital yuan, Li said, adding, "The current development focus of the digital yuan is for domestic use."

Pilot projects and trials of the digital yuan will be contentiously expanded in the future in order to build a digital ecosystem with improved security and reliability with corresponding legal and regulatory systems, Li said.

The internationalization of the renminbi is a natural process, he added. "Let the market make choices."