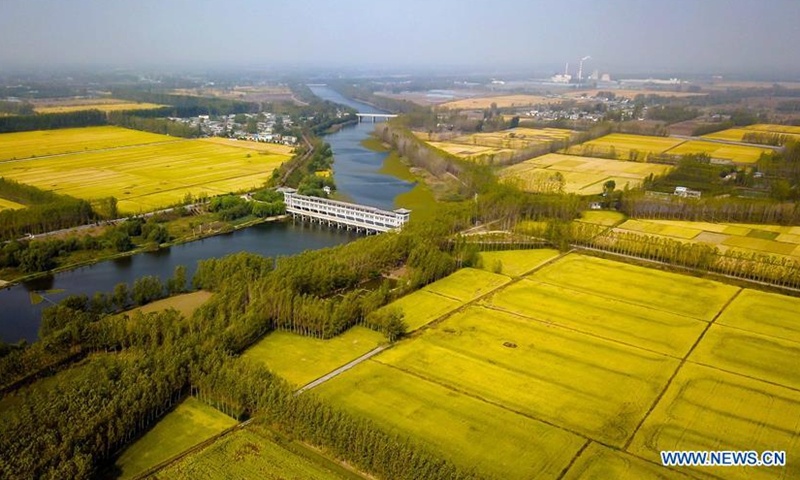 China has achieved an important breakthrough in harvesting rice in controlled conditions only 60 days in a plant factory, halving the traditional growth cycle of more than 120 days in field condition, which provides a new approach to accelerate crop breeding, according to media reports.

The experiment was carried out jointly by the Institute of Urban Agriculture under the Chinese Academy of Agricultural Sciences and team led by Qian Qian, a deputy director of the China National Rice Research Institute, the Xinhua News Agency reported on Saturday.

The rice used in trial was a dwarf variety provided by Qian's team, which has a shorter plant size and high space utilization, making it suitable for multi-layer and three-dimensional cultivation in a plant factory environment, per media reports, citing Yang Qichang, the executive director general of Institute of Urban Agriculture.

The experiment was conducted in a fully artificial lit plant factory with four layers of cultivation racks. LED light with customized spectra was used to provide the best light environment for different growth periods of rice, Xinhua reported.

Moreover, the rice was planted in nutrient solution cultivation tanks, and nutrients were supplied according to requirements specific to different periods. At the same time, environmental factors such as light, temperature, humidity and carbon dioxide concentration inside the factory were precisely regulated to provide the best growth environment.

Among the six dwarf cultivars tested, two types showed a high yield potential, with the comprehensive yield of single-layer cultivating rack per square meter reaching 980 grams which are equivalent to more than 650 kilograms per mu (0.067 hectares)

However, the growth cycle of crops can be significantly shortened in a plant factory by regulating environmental and nutritional factors. Breeding can be achieved all year around in a factory without being restricted by constraints of land, space and climate conditions.

Next, the research team will focus on selecting rice varieties suitable for plant factories to increase the yield, said Yang.

This research not only changed the traditional breeding and cultivation methods, but also laid the foundation for factory cultivation in the future, Qian added.