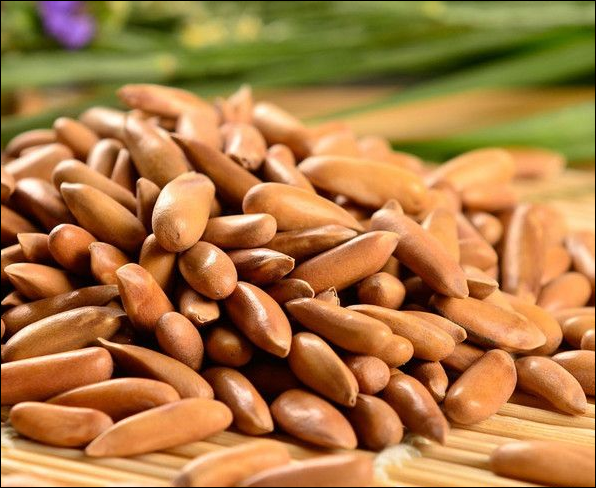 Pine nut trees grow wild in Afghanistan, mostly in the mountainous provinces of the conflict-battered and economically impoverished country.

Local businessman hope to export the homegrown pine nuts with Afghanistan branding to China with the opening of the China-Afghanistan air corridor on Nov. 6.

Farmers and traders of the pine nuts in the Loya Paktia region said their product has been exported to several countries with a Pakistani label in the past.

Up to 23,000 tons of pine nuts are produced each year in Afghanistan, according to a statement from the Presidential Palace, the country will export between 700 million to 800 million U.S. dollars worth of pine nuts to China annually through this air corridor.

To encourage pine nut farming and related businesses in Afghanistan, President Ghani announced Nov. 6 as National Pine Nut Day and said that Afghans would celebrate the day each year.

Nearly 90 percent of Afghan pine nuts, according to local traders, were exported to Pakistan in the past and from there to other countries with a Pakistani brand.

However, the opening of the China-Afghanistan air corridor has raised hope among Afghan businesspeople of exporting their pine nuts to China, the world's second-largest economy.

"Producing, processing and exporting them to China and other countries would benefit Afghanistan and its people and eventually bring great changes to their living conditions," Khost governor Hakam Khan Habibi told Xinhua.

Welcoming the step as a good omen for finding a new market, the head of Khost's Pine Nuts Traders Union, Shahzada, told Xinhua with confidence that "exporting pine nuts to China would earn fame for Afghanistan and its valuable seeds" and help them to find their way to many more countries.

The official also opined that investing in promoting pine nuts and their processing would also create job opportunities to hundreds of thousands of people at home in addition to improving the country's impoverished economy.

According to Musafir Quqandi, the spokesman for the Commerce Ministry, Afghanistan displayed its pine nuts alongside many more local products in the recently concluded China International Import Expo (CIIE) in Shanghai.