MAPUTO, Dec. 11 (Xinhua) -- The China-aided satellite TV project in Mozambique was handed over to the government on Friday in the country's northern province of Nampula.

With the implementation of the project that started in May 2018 in Mozambique's 1,000 villages covering a total of 2.5 million residents, 20,000 households and 3,000 public sites in the country now have direct access to satellite TV programs.

Speaking at the handover ceremony in the Murrupula district in Nampula, Mozambican President Filipe Nyusi extended his thanks to the people and government of China, calling the project as "of great impact in promoting the well-being of Mozambicans now and in the future."

He said the project contributes to the reduction of the digital and information gap between the Mozambican people who live in rural areas and the urban population of the country and the rest of the world.

"Mozambique will benefit from better access to information through the project. This will help citizens from anywhere in the country to have opinions and take better informed actions, as well as knowing their rights and duties towards the country, leading to the improvement of the democracy," said Nyusi.

The President also congratulated the contractor StarTimes on their successful implementation of the project in adverse working conditions, saying the project "consolidates the relations of the two peoples and countries."

He said that the project, as one of the results of the pragmatic cooperation between China and Mozambique, demonstrates China's efforts to improve people's livelihood through mutually beneficial cooperation with African countries.

"To ensure the long-term sustainability, the contractor StarTimes has also provided training to more than 2,200 local technicians, many of whom have now become specialists that work for the project's customer care system," said the ambassador.

With a traditional friendship that has withstood the test of time and grown even stronger in the passing years, the two countries can promote each other's development and enjoy great potential for cooperation in many fields, said Wang. 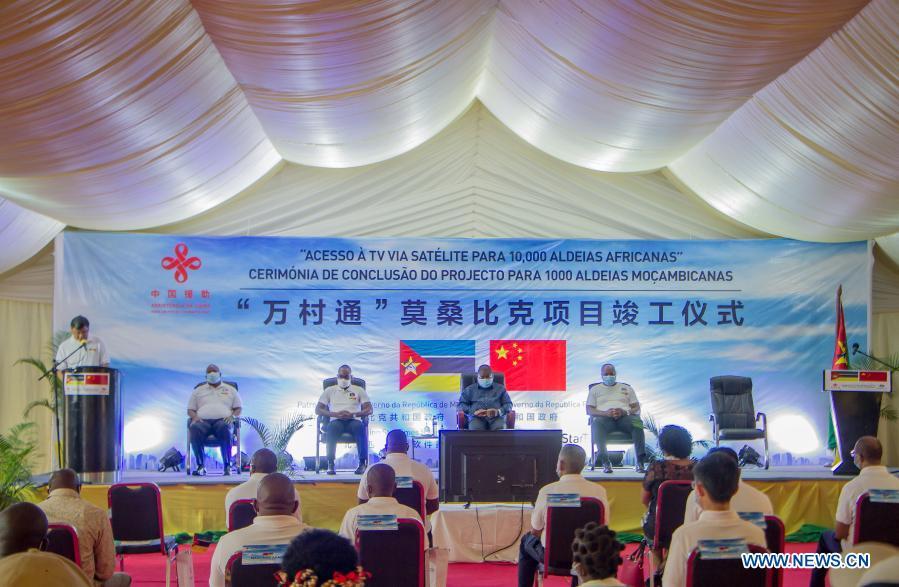