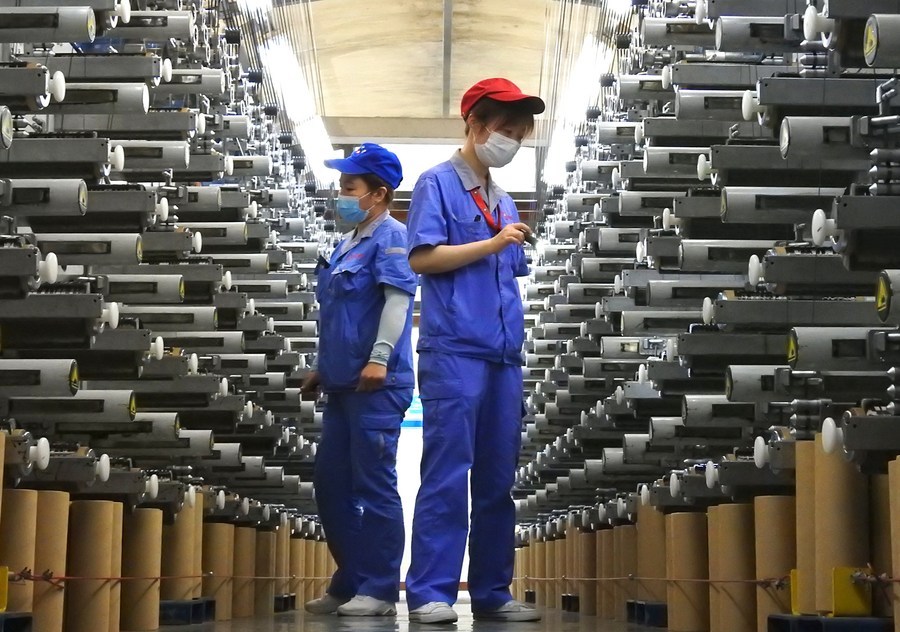 China will continue to promote steady economic expansion this year, aiming to keep its economy running within an appropriate range, an official said on Friday.

Although the country's 2021 government work report set the GDP growth target at "over 6 percent," some institutions and experts forecast that the Chinese economy would log double-digit growth in GDP in the first quarter (Q1) of this year.

"This does not mean that the Chinese economy is back on a high-growth track," Sun Guojun, an official with the Research Office of the State Council, told a press conference.

It is not difficult to predict that the Chinese economy is still recovering, if one compares the economic indicators with those in the fourth quarter of last year or makes comparisons after deducting abnormal fluctuations, he said.

Sun said greater attention should be paid to factors other than the economic growth rate, such as employment, prices, income and environmental protection, an approach that is conducive to continuous economic expansion, more reforms and innovations, as well as the high-quality development of the Chinese economy.

He reaffirmed the government work report's stance of avoiding "sharp turns" and maintaining the continuity, stability and sustainability of China's macro policies, adding that the country will roll out new tax-cut policies targeting micro and small businesses, as well as the self-employed, and increase tax incentives to stimulate investment in research and development.

Meanwhile, a total of 81 additions and amendments were made in this year's government work report, focusing on people's well-being, sci-tech innovation, and agriculture and rural areas, according to Sun.

There were nearly 30 amendments related to fields such as education, medical services, elderly care and social insurance, accounting for 37 percent of the total amended entries.