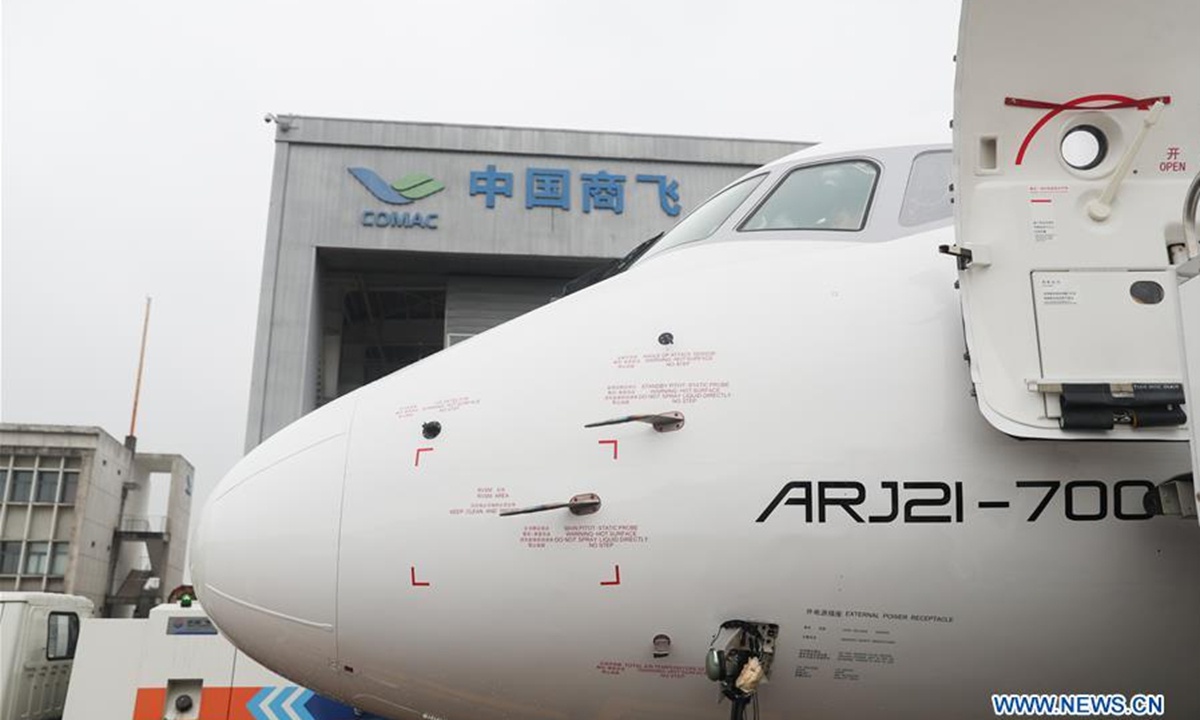 China Aircraft Leasing Group Holdings signed an agreement with Commercial Aircraft Corporation of China (COMAC) for 60 ARJ21 planes on Friday, with half of the order being intentional.

The leasing company said the planes will target markets in the region of the Association of Southeast Asian Nations (ASEAN), and COMAC will jointly support the operation of the ARJ21 aircraft fleet by establishing a presence in the Southeast Asian market, according to COMAC’s WeChat account.

As of December 31, 2020, the leasing firm has a fleet of 128 aircraft, with customers in 15 countries and regions in the Asia-Pacific region, the Middle East, Europe, North America and Latin America.

As of the end of 2020, COMAC had delivered a total of 46 ARJ21 aircraft, said the Chinese commercial plane maker, which is also the developer of the C919 single-aisle passenger aircraft.

The China-developed regional jetliner model has entered a phase of accelerated batch delivery and large-scale commercial operation, China’s civil aviation regulator said in December, adding that the ARJ21 has achieved accelerated deliveries, with two planes delivered in 2017, six in 2018, and 12 in 2019.

As of the end of 2020, ARJ21 jetliners have safely carried around 1.6 million passengers, COMAC said.

The ARJ21 was first put into commercial service by Chengdu Airlines in June 2016. The plane is China's first turbofan regional passenger jetliner. Designed with a capacity of 78 to 90 seats and a range of 3,700 km, it can fly in alpine and plateau regions and be used in different airport conditions.