China among top 10 destinations of Ethiopia's coffee export in July

ADDIS ABABA, Aug. 18 (Xinhua) -- The Ethiopian Coffee and Tea Authority said Wednesday that the East African country's export of coffee, tea and spices recorded higher in volume and revenue than the planned target in July 2021. 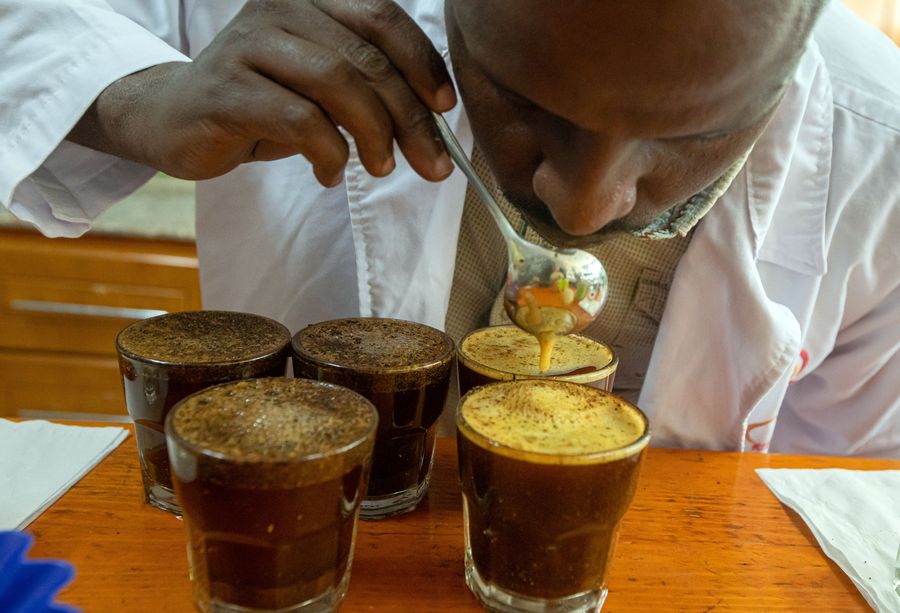 An employee was testing coffee quality at the Kerchanshe Coffee company on the outskirts of Addis Ababa, the capital of Ethiopia. (Xinhua/Zhang Yu)

Having planned to secure 73.38 million U.S. dollars by exporting 22,487.08 tons of coffee, tea and spices in July, Ethiopia earned more than 116.63 million dollars by exporting 31,939.10 tons of the commodities, with upsurge both in export volume and revenue, said the authority in a statement.

Compared to the same month last year, the country's export performance of the commodities has shown a volume increase of 11,889.73 tons and a revenue of 51.22 million dollars.

More than 115.46 million U.S. dollars has been earned from coffee export in July, exceeding the planned export of the month, whereby China was one of the top ten buyers. With a share of 20 percent of the revenue, Germany was ranked the first top destination for Ethiopia's coffee export in the month of July.

Ethiopia, which is known as the origin of Arabica coffee, is recognized worldwide for its rich coffee quality and flavor, which ranges from winy to fruity and chocolate, making the country's coffee varieties on demand across the globe.

The East African country has been commissioning strenuous quality measures to enhance its coffee export earnings, according to Ethiopian Coffee and Tea Authority.