An official from the Ministry of Agriculture and Rural Affairs of the People’s Republic of China has revealed to African journalists that China imports such items as tobacco, citrus fruit, cotton and fish meal from African countries under the China-Africa agricultural cooperation. 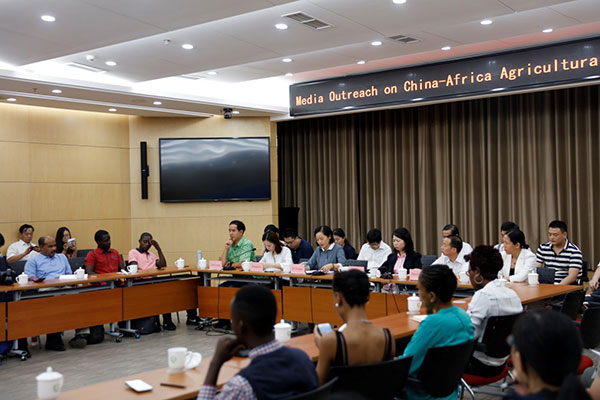 She said China and Africa have common challenges in developing agriculture, hence, they have formed a mutually beneficial agricultural cooperation.

"Various memoranda of understanding (MOU) have been signed for bilateral and multilateral agricultural cooperation. 16 African countries have already signed the MOU," she said.

She revealed that they have now established agricultural demonstration zones in five African countries and over 50,000 local people have been engaged to work in those zones.

The Ministry of Agriculture and Rural Affairs official said they have given agricultural technical assistance to African countries 71 times, noting that 704 agricultural experts had already been sent to Africa in order to improve on agricultural methods.

"We are also on the verge of dispatching 34 additional experts to African countries. Over 100 practical agriculture technology methods have been introduced in African countries," she noted.

In the area of human resource development, she said they have conducted 337 training workshops so far and have already trained 6,260 people from African countries in various agricultural fields.

"Such training, which covers agricultural economy, planning, management and production technology, has played an active role in improving agriculture in African countries. Many of the trainees have become the backbone to the development of agriculture in their various countries," she noted.

Speaking on the issue of technology transfer to the African agricultural sector, she said they had introduced hybrid rice in Mali and Senegal among other countries, adding that the average yield per hectare is nine tons.

"In 2016, China invested $1.27 billion in 108 agricultural enterprises in 35 African countries. In 2017, the total trade in agricultural products between China and Africa reached $6.02 billion," she revealed.

Bai Lingyan, Deputy Director of the Public Diplomacy Office in the Ministry of Foreign Affairs, who led the team of African journalists, told officials of the Ministry of Agriculture and Rural Affairs that there were 29 journalists from 28 African countries present at the meeting.

"These journalists are living, working and studying in China. They have already been here since February and they have visited some provinces and many ministries, departments, etc., in China," she said.

She said the meeting, focused on the media outreach on China-Africa agricultural cooperation, was very important, especially when both Chinese government officials and their African counterparts are preparing for the Forum on China-Africa Cooperation (FOCAC) 2018 Beijing summit in September.