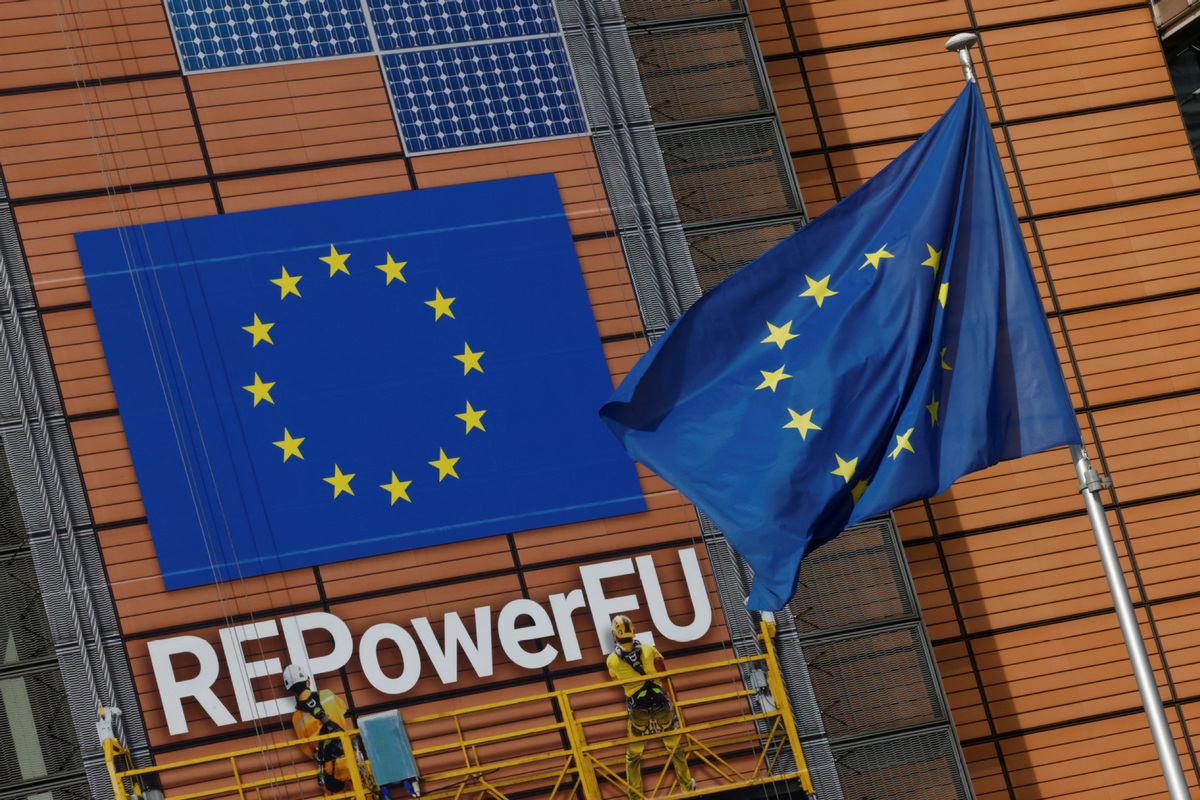 European Union foreign policy chief Josep Borrell reiterated on Monday the EU's multifaceted approach toward China as a cooperation partner, an economic competitor and a systemic rival, but also stressed that the competition between the two sides is getting tougher.

Without naming China, he said the EU should avoid turning dependency on any economy into vulnerability like what the EU has allowed its dependency on Russian for gas to become. He also said the debate on China will continue and the Council of the European Union has taken into account the message sent by Xi Jinping in his speech at the opening session of the 20th National Congress of the Communist Party of China on Sunday.

If that is the case, the message EU officials received from Xi's speech contained a lot of encouraging elements. In the section on promoting world peace and development, Xi reaffirmed that China will continue to deepen reform and widen high-level opening-up, and emphasized that China is committed to promoting a new type of international relations, and deepening and expanding global partnerships based on equality, openness and cooperation.

Xi also said that China will continue to pursue an independent foreign policy of peace and it respects the sovereignty and territorial integrity of all countries.

At this critical juncture in history, China and the EU can and should play a vital role in safeguarding global peace and development, upholding multilateralism, and opposing Cold War mentality that seeks to divide the world into rival ideological blocs.

The rapid development of China-EU relations over the past 47 years of diplomatic relations shows that despite their differences, the two major global economies have much more in common and could cooperate on a wide range of issues and in many fields to the benefit of not only themselves but also the rest of the world.

This is evident in their trade relations. China was the EU's largest trading partner in goods — their trade volume being €696 billion ($680 billion) in 2021. The potential for mutually beneficial trade and investment relations is huge because China and the EU are among the world's largest markets and complement each other in many ways.

China and the EU have advanced cooperation in areas such as climate change mitigation and nuclear non-proliferation, despite the United States pulling out of the Paris Agreement and the Iran nuclear deal as soon as Donald Trump became US president in 2017.

The list of fruitful cooperation and exchanges between China and the EU is indeed long, from education, arts and culture to science and technology, and sports and tourism.

Yet we can't take the healthy development of China-EU relations for granted, given the outsized influence the US exerts on the European bloc. Washington's McCarthyism, Cold War mentality and anti-China rhetoric have already hurt EU-China relations as reflected in the US coercing the EU to ban Huawei from its 5G networks in the past years. Later, investigations by government experts, such as the one from the United Kingdom, showed that the US allegations against Huawei were nothing but fearmongering.

China and the EU will definitely compete more with each other, just like Chinese and European companies compete and cooperate in the global marketplace. Such responsible competition is healthy and necessary, unlike the outright sabotage the US commits by forcing other countries to choose sides, bad-mouthing China and waging trade and tech wars against China, including its recent restrictions on selling semiconductor chips and other IT equipment to China in a bid to check the country's rise.

China and the EU depend on each other in many fields thanks to their deepened cooperation, and that is a good thing. A divided world means that everyone will be worse off.