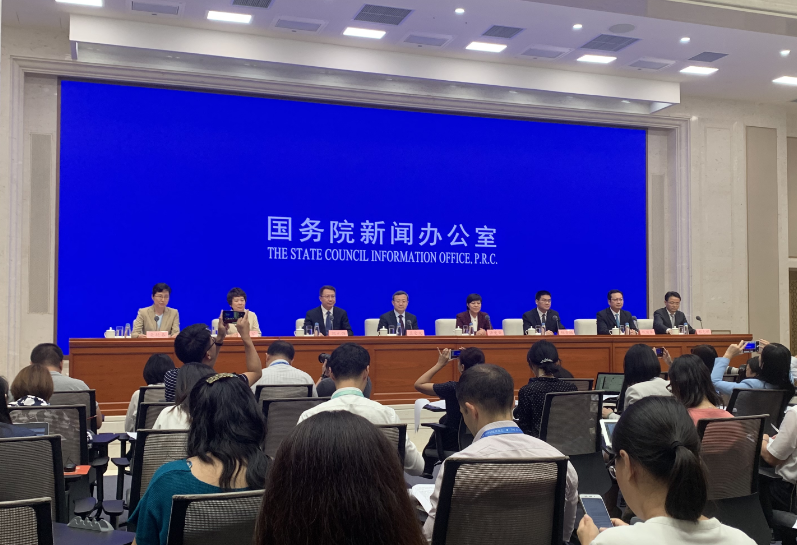 China announced a master plan for six new pilot free trade zones (FTZ)on Monday in a strategic move to press ahead with reform and opening-up in the new era.

The new pilot FTZs will be located in the six provincial regions of Shandong, Jiangsu, Hebei, Yunnan and Heilongjiang and Guangxi Zhuang Autonomous Region, according to the plan released by the State Council.

Setting up new pilot FTZs is "a major decision by the Communist Party of China Central Committee and the State Council and a strategic move to advance reform and opening up in the new era," the plan read.

This will bring the total number of the country's pilot FTZs to 18, which serve as pioneers of the country's reform and opening up as they test new styles of foreign investment management, trade facilitation and transformation of government functions to better integrate the economy with international practices.

Each pilot FTZ will carry out distinctive and differentiated pilot reform tasks. The FTZs aim at addressing systemic issues centered on investment, trade and finance, and deepening trade and economic cooperation with neighboring countries and regions, said officials.

Shandong Pilot FTZ will further opening-up by accelerating the shift of growth drivers and developing the blue economy. The province will focus on cultivating new modes of trade, fostering distinctive maritime industries and exploring subnational economic cooperation among China, Japan and the Republic of Korea (ROK).

Jiangsu Pilot FTZ is poised to enhance overseas investment cooperation, strengthen the role of the financial sector in supporting the real economy and promoting innovative development in the manufacturing sector.

Yunnan Pilot FTZ, by building an important link connecting major corridors in South Asia and Southeast Asia, aims at strengthening the connectivity between the Belt and Road Initiative and the Yangtze River Economic Belt.

Heilongjiang FTZ is to deepen industrial restructuring and build a hub in regional cooperation with Russia and Northeast Asia, emphasizing on transformation and upgrade of the real economy.