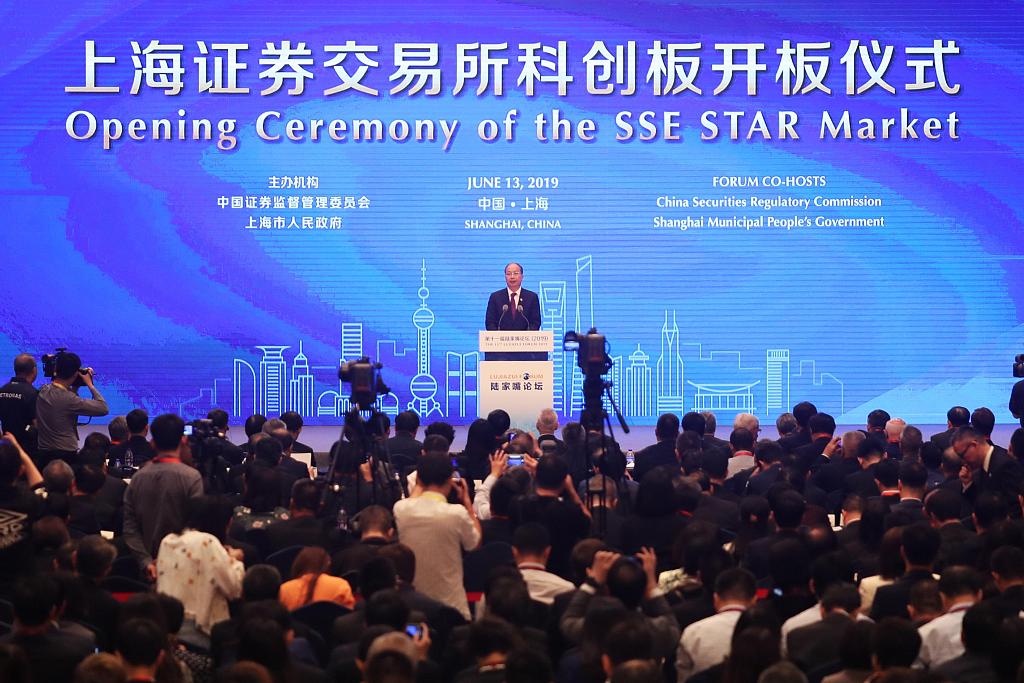 It did not specify the total amount of funds to be raised.

The companies and their underwriters will confirm IPO dates and publish their prospectuses following discussions with the stock exchanges.

China inaugurated its science and technology innovation board on Thursday in Shanghai, kicking off the country's much-anticipated capital market reform this year.

The sci-tech innovation board, proposed in November 2018 and approved in January, is designed to focus on companies in the high-tech and strategic emerging sectors, such as new-generation information technology, advanced equipment, new materials, new energy, energy saving and environmental protection and biomedicine, according to the CSRC.

As of June 10, the Shanghai Stock Exchange had handled 119 applications for IPOs on the sci-tech innovation board. Among them, 41 companies, or 34 percent, are in the field of new-generation information technology, 21 in the advanced equipment industry, 27 in biomedicine and 13 in new materials.