Egyptian experts see the China-Arab States Expo as a big opportunity and an important platform for promoting trade and economic relations between the two sides. 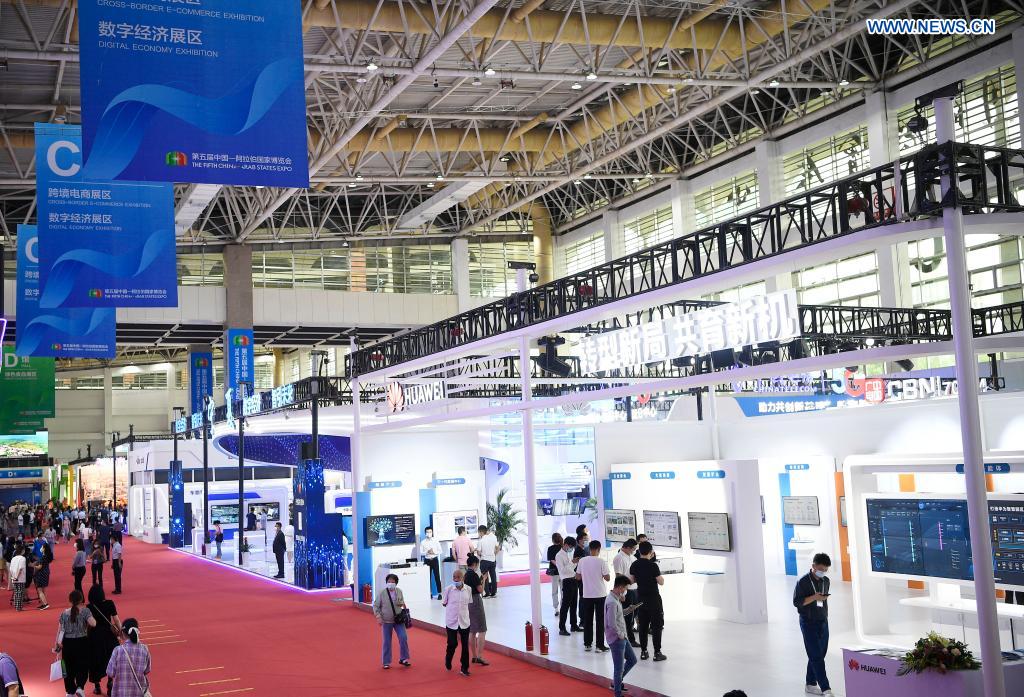 More than 1,000 Chinese and foreign enterprises have registered as exhibitors for offline and virtual events at the expo.

"The event is a large platform for cooperation between China and the Arab states and for boosting joint economic ties that have been as old as the Silk Road," said Diaa al-Fiqqy, secretary-general of the Egyptian-Chinese Chamber of Commerce.

China is the largest trade partner of the Arab countries, and despite the spread of COVID-19, trade exchanges between the two sides remained high, he told Xinhua.

According to statistics of the Chinese Ministry of Commerce, China-Arab states' trade volume reached 239.8 billion U.S. dollars in 2020, while China's annual exports to the Arab world increased by 2.2 percent to 123.1 billion dollars last year.

"Such cooperation momentum couldn't have been enhanced without holding such expos," al-Fiqqy said, noting the Chinese government's keenness to hold the expo despite the COVID-19 pandemic.

This year's event was held both online and offline for the first time due to the pandemic, with the online events being the main focus.

China is a sincere country that bears its responsibilities even in times of the pandemic that has crippled a lot of work and led to the cancelation of many economic and commercial proceedings across the world, he said, adding that the two sides' political, economic and trade relations are strong and deep-rooted as they were built on mutual trust.

He expected more cooperation within the framework of the Belt and Road Initiative (BRI) which aims at preserving the common interests of the participating parties, many of which are Arab countries.

Waleed Gaballah, professor of financial and economic jurisdictions at Cairo University, said that "the China-Arab States Expo has a significant role in enhancing the trade exchange and creating trade opportunities because it focuses on future sectors like e-commerce, clean energy, and advancing the agriculture mechanisms that have a great impact on the commercial process in the coming period."

Holding the event both online and offline for the first time mirrored China's willingness to build a stronger economic relationship with the Arab world, said Gaballah, adding the expo also served as a driving force for trade among countries amid COVID-19 repercussions.

Gaballah, also a member of the Egyptian Association for Political Economy, highlighted the BRI represents a new way for global trade and that the expo has paid attention to tackling difficulties in trade.

Meanwhile, Mostafa Ibrahim, vice-president of the Chinese-Egyptian Business Council, said that cooperation between China and the Arab countries is vigorous, adding that the Chinese government is very interested in large Arab markets with moderate-income consumers.

Through the expo, Chinese companies not only are trying to provide their best services and products to Arab clients, but also could better understand the purchasing power of Arab merchants, he said.