BEIJING, Sept. 27 (Xinhua) -- China supports reforms of the World Trade Organization (WTO) that honor the institution's rules but will not create a new organization, a spokesperson for the Ministry of Commerce said Thursday. 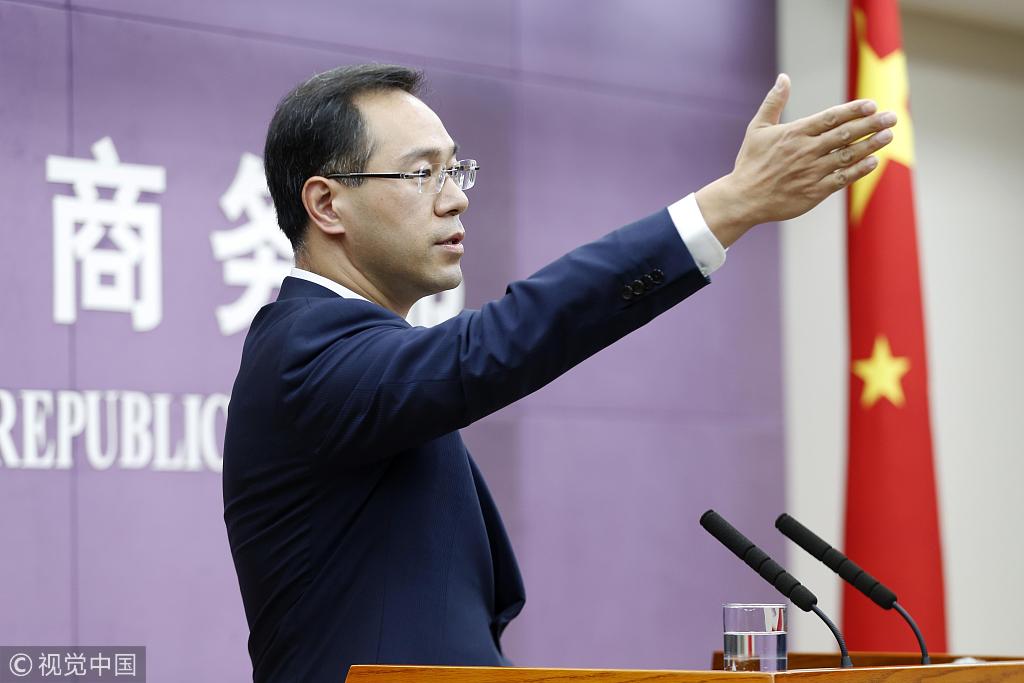 "The WTO is not perfect and facing challenges on its authority and effectiveness amid prevailing protectionism and unilateralism," spokesperson Gao Feng told a regular news conference, saying that reforms are necessary to help the multilateral trading system move with the times.

"Still, the multilateral trading system, with the WTO as its epitome, has been indispensable in fighting protectionism, promoting trade and advancing sustainable development," he said.

Gao said the revamps must not change the basic rules of the WTO, nor should changes be made to reverse trade liberalization.

"Reforms must not lead to the creation of a new organization, and China opposes the act of imposing will on others by individual members of the WTO," Gao said. "Reforms should be based on mutual respect, equality and reciprocity, and priority should be given to addressing issues that threaten the existence of the WTO."

At the media briefing, Gao also responded to concerns that some foreign companies are considering cutting production in China due to the trade friction with the US.

The spokesman said China is continuing to open its market and improve investment environment and it will also help companies deal with concrete problems.

"The central and local governments are actively resolving problems in the use of land, natural gas, and labor, so we can get some major foreign investment programs start implementation."

US bullying and extreme pressure will not cripple the Chinese economy nor daunt the Chinese nation and China will turn the challenges into momentum for advancing its economic transformation, upgrading, and high-quality development, Gao said.

"We hope China-U.S. economic and trade friction can be properly resolved," Gao said. "But we are also fully prepared for all the possibilities."