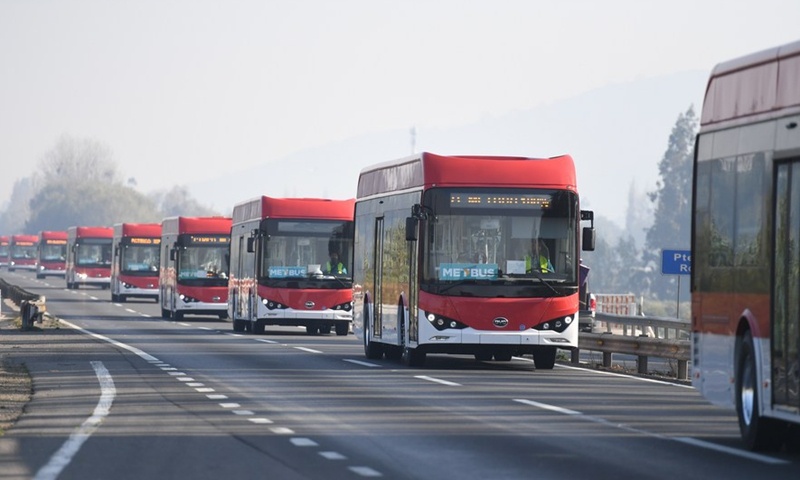 China has become Chile's largest trade partner, source of imports, destination of exports and biggest buyer of its agricultural produce, which is facilitated by the China-Chile free trade agreement, and the two countries are eyeing for huge potential in extending bilateral trade and economic cooperation, a spokesperson from China's Ministry of Commerce (MOFCOM) said on Thursday.

Over the past two consecutive years, trade between China and Chile surpassed $40 billion each year. This year, the two countries have jointly combated COVID-19 while expanding bilateral trade value by 5.1 percent from January to October year-on-year. In particular, China's imports from Chile during the period soared by 10 percent compared with last year.

Driven up by closer cooperation brought about by the Belt and Road Initiative and China-Chile free trade agreement, bilateral trade value has grown nearly five times since the free trade pact between the two countries took effective in 2006.

Following the upgrade to the bilateral free trade agreement in March 2019, the number of products exempted from tariffs in the two countries hit 54.

The two countries are now extending their cooperation in infrastructure, medical care, agriculture and energy. So far, the value of contracts signed by Chinese firms in Chile has surpassed $2.5 billion, according to the commerce ministry official.

"China and Chile share strong economic complementarity, solid cooperation basis, and significant potential to strengthen their cooperation," the spokesperson noted, adding China is willing to work together with Chile to strengthen links between the two countries.