DUBLIN, Nov. 19 (Xinhua) -- China has become an important service trade partner of Ireland, according to the figures released by the Irish Central Statistics Office (CSO) on Thursday. 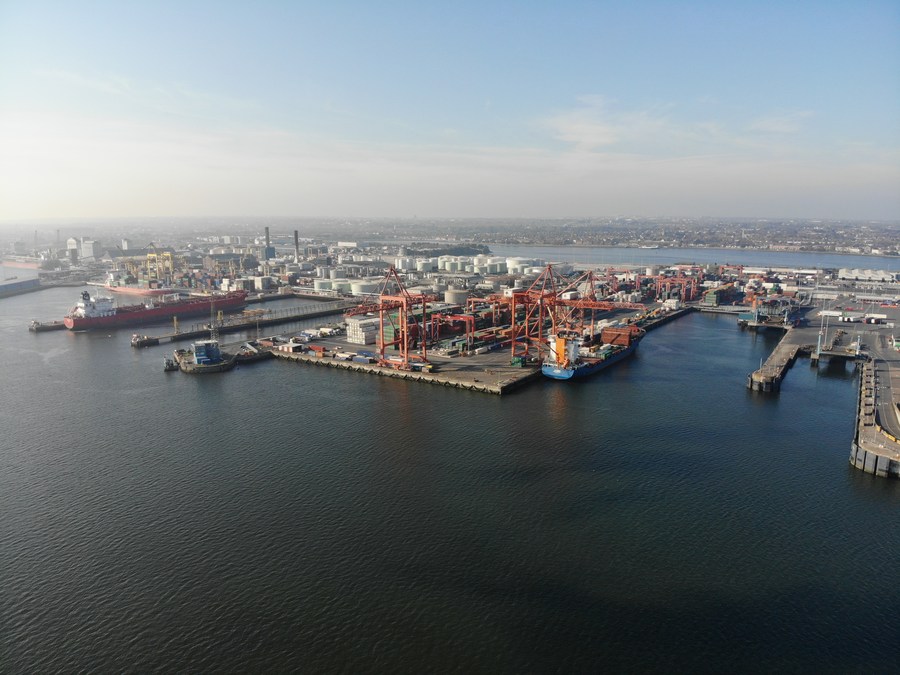 The CSO figures showed that China was one of the top ten net contributors to Ireland's international service trade in 2019, with the net contribution in the year amounting to 2.33 billion euros.

China is also the fifth largest goods trade partner of Ireland both in terms of exports and imports, according to the CSO. In 2019, Ireland's goods exports to and imports from China were valued at 8.93 billion euros and 5.25 billion euros respectively.

Trade between China and Ireland has kept a strong growth momentum in 2020.

In the first nine months of this year, Ireland exported 7.91 billion euros worth of goods to China while its goods imports from China were valued at 4.29 billion euros, up nearly 22 percent and 12 percent respectively compared with a year ago, according to CSO. (1 euro = 1.188 U.S. dollars)