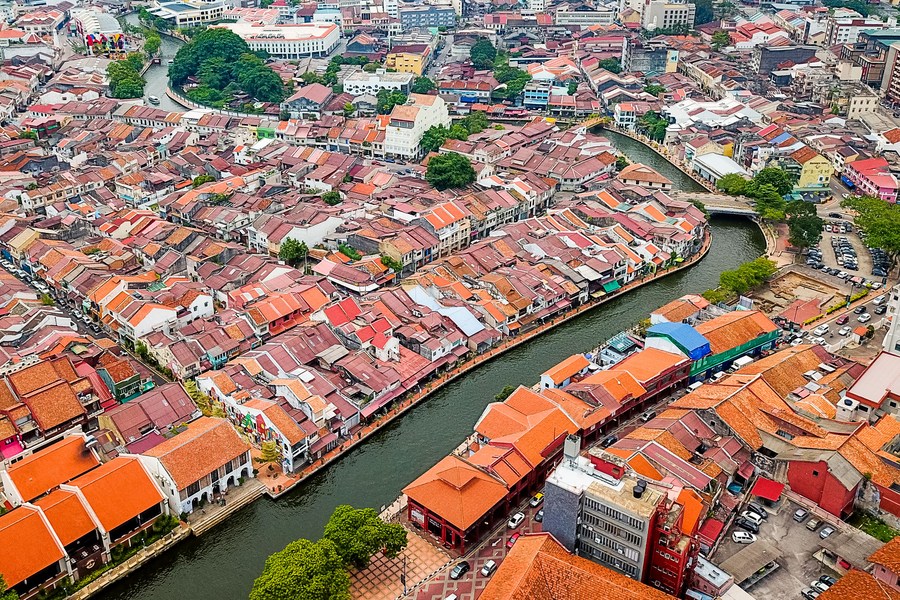 Malaysia's Malacca, located along the Strait of Malacca, used to be an important trade hub and a knot for cultural exchanges between the East and the West. (Photo: Xinhua)

China, Singapore and the Netherlands were the top three FDI sources from overall economic sectors in Malaysia, accounting for more than half of the total approved FDI for the year, said the MIDA.

Among the major economic sectors, the manufacturing sector led the way for total investments approved in 2020, recording 91.3 billion ringgit, of which 62 percent (56.6 billion ringgit) came from FDI.