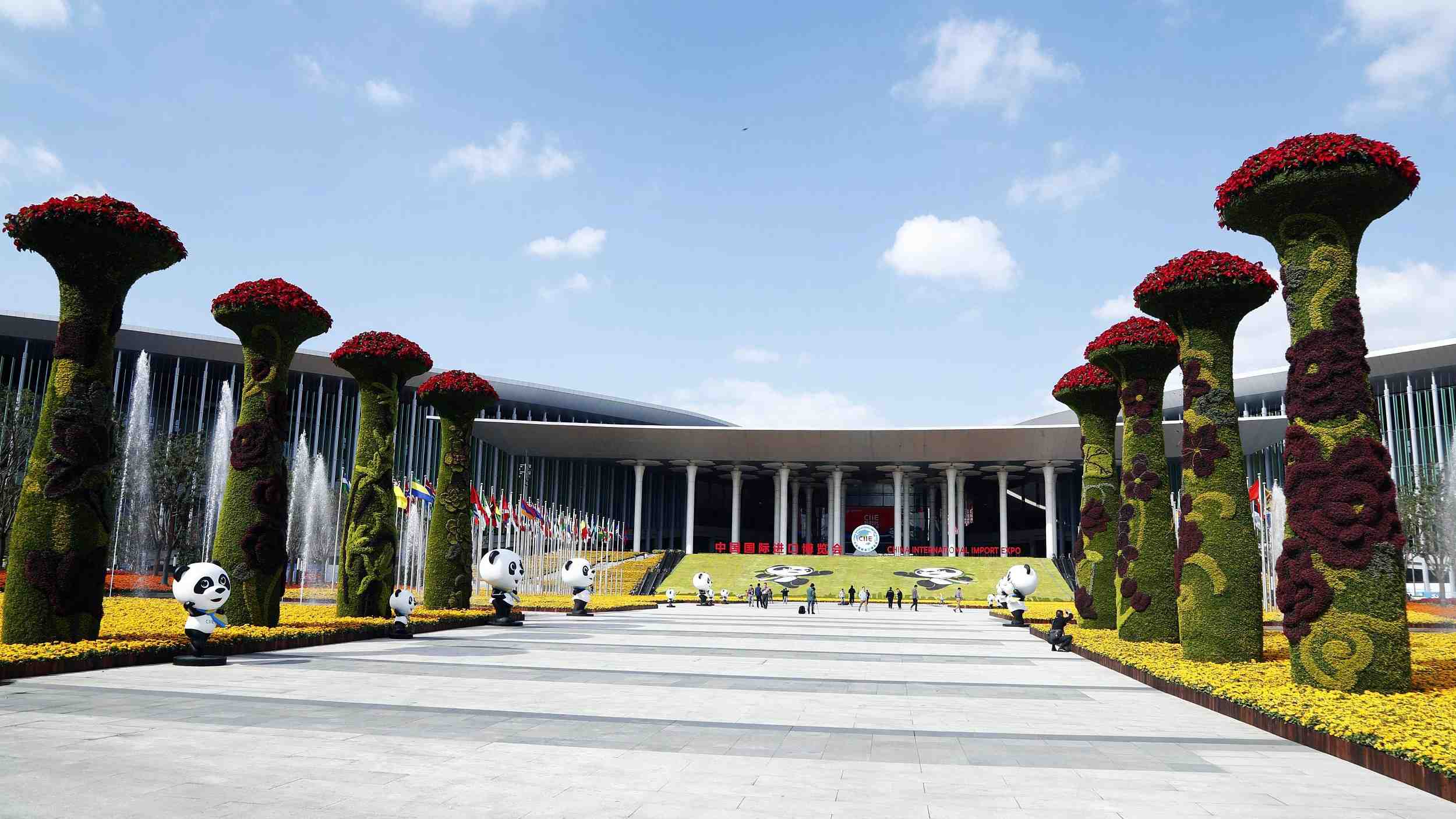 SHANGHAI, Nov. 8 (Xinhua) -- Tian Jian, a Chinese entrepreneur, received a great gift during the ongoing second China International Import Expo (CIIE) in Shanghai -- a certificate recognizing his firm as a resident company of an industrial park in Minsk, capital of Belarus.

The Great Stone industrial park is a special economic zone created by China and Belarus within the framework of the Belt and Road Initiative, and the largest foreign investment project in Belarus. It serves as a working platform for high-tech companies from around the world.

"Belarus, a gateway to Europe along the Silk Road Economic Belt, has obvious geographical advantages," said Tian, general manager of the Asia-Europe Satcom (Shenzhen) Technology Co., Ltd., adding that some locally produced goods in the country are sold to Europe at a lower tax rate than those sold from China to Europe.

Aliaksandr Yarashenka, head of the park administration, said the industrial park was part of the country exhibition of Belarus at the first CIIE last year. "We have an independent booth this year to show more fully what has been achieved in the park."

Among the exhibits at the booth are product models of companies in the park, including LED lamps from China's Shenzhen Fluence Technology PLC and diesel engines produced by the MAZ-Weichai engine factory, a China-Belarus joint venture.

The number of resident companies in the park has increased to 57 so far, coming from 13 countries including China, Belarus, Germany, the United States and Switzerland.

Hu Zheng, CEO of China-Belarus Industrial Park Development Company, said the park is an important platform for economic and trade cooperation between the two countries. "The core task of the park is to gather industrial companies and provide new economic growth points for Belarus."

With the continuous improvement of the park's infrastructure and effective implementation of preferential policies, resident companies are accelerating into the production stage. The MAZ-Weichai engine factory held a ceremony in the park not long ago to mark the starting of production, making it one of the first to enter this stage at Great Stone.

"The second CIIE has brought huge export opportunities to products of the enterprises in the industrial park. We hope to bring their real products to China next year," Yarashenka said.