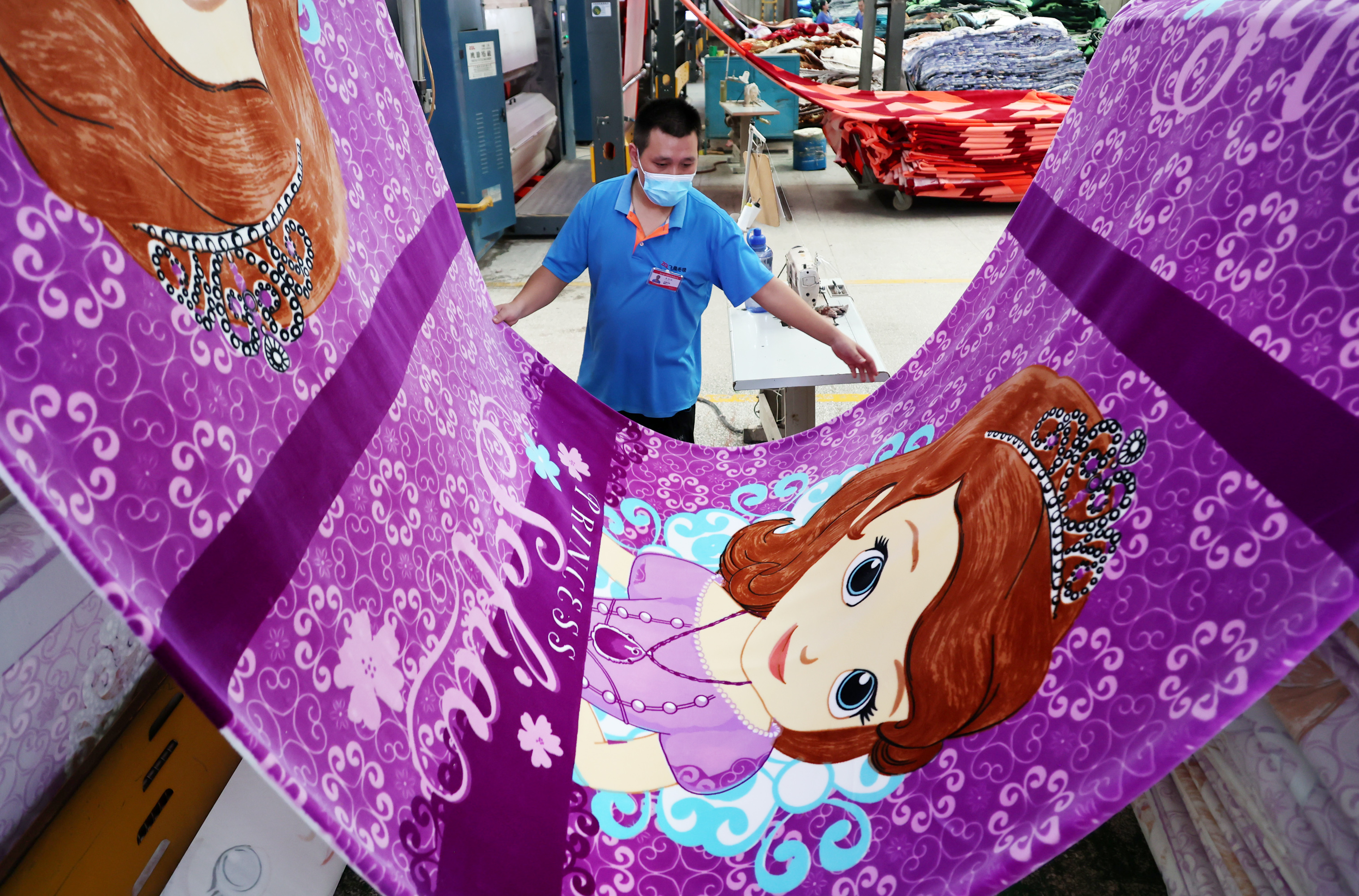 A worker examines a carpet on Tuesday that will be exported by a company in Lianyungang, Jiangsu province. (Photo: China Daily)

China is playing an increasingly important role in driving global economic recovery amid fears over a gloomy world economic outlook and pressures from COVID-19 outbreaks and geopolitical tensions, experts said.

They said China's economy will likely maintain its recovery trend in the following months, and the country has solid foundations and the conditions to sustain steady growth in the long run with its ultra-large domestic market, strong innovative capabilities, complete industrial system and continued efforts to deepen reform and opening-up.

Their comments came as the National Bureau of Statistics said in a report on Tuesday that China's contribution to global economic growth averaged over 30 percent from 2013 to 2021, making it the biggest contributor.

According to the NBS, China accounted for 18.5 percent of the global economy in 2021, 7.2 percentage points higher than in 2012, remaining the world's second-largest economy.

Sang Baichuan, dean of the Institute of International Economy at the University of International Business and Economics, said China has been playing a crucial role in driving global economic growth during the past few years.

"China has managed to achieve sustained and healthy economic development despite the impact of COVID-19," Sang added. "And the country has played a key role in maintaining the smooth operation of the global supply chain."

Sang said China has solid foundations and favorable conditions to maintain healthy and steady growth in the long run, as it has a huge domestic market, a sophisticated manufacturing workforce, the world's largest higher education system and a complete industrial system.

Sang spoke highly of China's firm determination to expand opening-up, build an open economic system, deepen reforms and build a unified national market and the new economic development paradigm of "dual-circulation", which takes the domestic market as the mainstay while the domestic and overseas markets reinforce each other. That will also help bolster sustained growth and strengthen the resilience of the economy in the long run, he said.

Citing challenges from monetary tightening in developed economies and inflationary pressures around the globe, Sang said he expects to see further fiscal and monetary easing to stimulate China's slowing economy in the remainder of the year.

Wang Yiming, vice-chairman of the China Center for International Economic Exchanges, warned of challenges and pressures from weakening demand, renewed weakness in the property sector and a more complicated external environment, saying that the key is to focus on boosting domestic demand and fostering new growth drivers.

Liu Dian, an associate researcher at Fudan University's China Institute, said more efforts should be made to develop new industries and businesses and foster innovation-driven development, which will help contribute to sustained medium and long-term development.

NBS data showed that the added value of China's new industries and businesses accounted for 17.25 percent of the country's overall GDP in 2021, 1.88 percentage points higher than that in 2016.