BUSINESS China bites back with US pork tariff threats

China bites back with US pork tariff threats

China's threat of steep retaliatory tariffs on US pork imports will put further pressure on an industry already facing weaker demand from the world's top buyer of the meat.

The Chinese government said on Friday it was considering levying an additional 15 percent tariff on US products including dried fruit, wine and steel pipes, as well as an extra 25 percent duty on pork products and recycled aluminum in response to US tariffs on Chinese steel and aluminum. 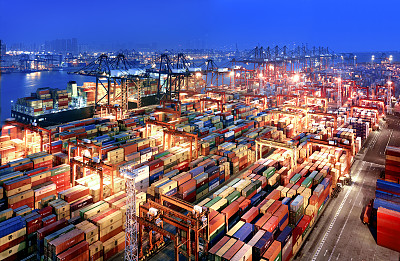 Some industry participants said the tariffs and the threat of a brewing trade war between China and the US would create more Chinese demand for European pork exporters, who have boosted supplies to China in the last two years after sanctions on Russia closed one of the region's key markets.

"Even without the tariffs, with such low prices, we will use more domestic pork for our Chinese business," said Luis Chein, a company director at WH Group, China's top pork producer and its biggest importer of US pork.

WH Group has also been increasing its supplies from South American and European countries in recent years.

The rapid expansion of large-scale pig farms in China has been boosting domestic supply and lowering production costs. As a result, China's pork prices are currently hovering around 10 yuan ($1.58) per kilogram, their lowest level in nearly four years and already squeezing demand for imports.

It is not yet clear if or when China will implement the tariffs in response to US President Donald Trump's plans for tariffs on up to $60 billion worth of Chinese goods.

Overall Chinese pork imports are set to fall by as much as 30 percent throughout 2018 because of the decline in domestic hog prices, said Feng Yonghui, chief researcher for industry website Soozhu.com. "Currently, US pork doesn't have much of an advantage."

"With higher tariffs, we wouldn't import US pork. We would just import from Germany and Denmark," an importer based in East China's Shandong Province said.

China plays a valuable role in the global pork market because of its huge demand for "variety meats" - pig feet, elbows and offal - which have little value otherwise.

The US was by far its biggest overseas supplier of those parts in 2017, shipping 416,000 tons worth $874 million. Germany was a distant second with 147,000 tons, according to Chinese customs data.

"This [tariffs on US pork] will have a big impact on our imports but our company also does domestic pork so overall the impact is not so bad," said an import manager at Beijing Changxinchang Food Products Co.