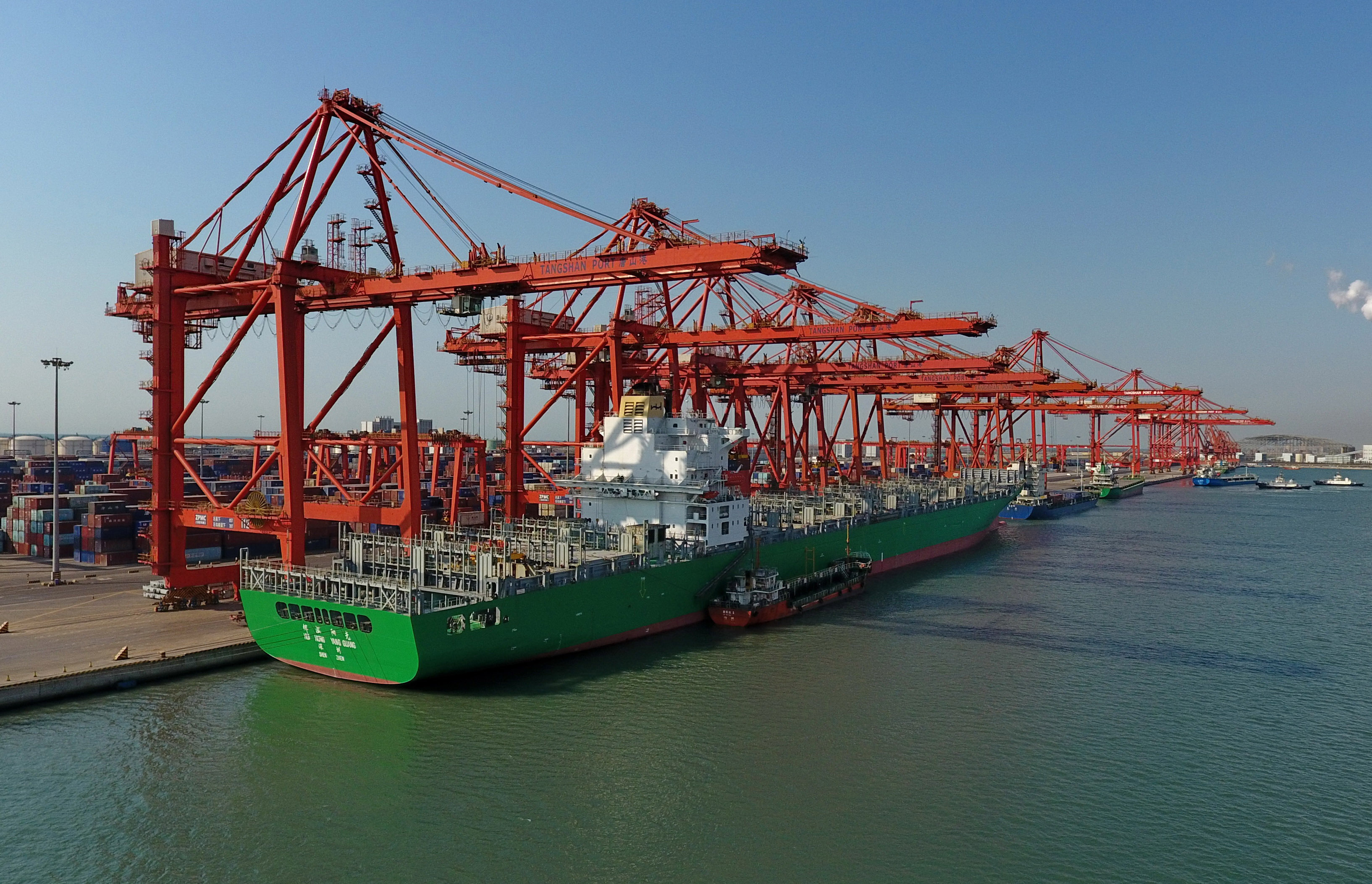 SAO PAULO, Nov. 11 (Xinhua) -- Though separated by oceans and continents, China and Brazil have fostered deepening bilateral cooperation over the years, especially in investment, trade and finance.

With the upcoming 11th BRICS summit in Brazil's capital Brasilia, expectations are high for the development of closer ties between the two countries.

China and Brazil have bolstered investment ties in recent years, and the Asian country has become Brazil's largest source of foreign investment.

The two countries are not only deepening cooperation in the traditional areas of agriculture, electricity, mining and infrastructure, but also fostering growth in new areas such as technology innovation and the digital economy.

Finally, the participation of Latin American countries -- including Brazil -- in jointly building the Belt and Road will provide a great opportunity for these countries to enhance investment cooperation with China, said Oliver Stuenkel, an expert of international relations at Brazil's Getulio Vargas Foundation.

Although the global economy is facing downward pressure, bilateral trade between China and Brazil has continuously climbed, as both countries are committed to opening up their markets.

Brazil is also dedicated to opening up by optimizing its business environment. Li Tie, general manager of the Brazilian branch of BYD, a leading Chinese manufacturer of electric vehicles and batteries, said that the Brazilian government has actively promoted pension and labor law reforms and is planning to carry out tax reforms.

China and Brazil should further enhance their economic and trade relations, which have been fruitful and mutually beneficial, said Sergio Segovia, president of the Brazilian Trade and Investment Promotion Agency.

The two countries have enhanced cooperation in the financial sector.

In September, the Brazil government relaxed restrictions on the establishment of financial institutions. Bank XCMG, affiliated to China's Xuzhou Construction Machinery Group, has become the first foreign bank that was approved by Brazil's central bank after the release of the new regulation, and the bank's foreign shareholding ratio is as high as 100 percent.

As cross-border trade grows, fin-tech companies from both countries have carried out in-depth cooperation, such as that between Brazilian financial payment company Ebanx and AliExpress, in providing consumers with cross-border payment solutions.

In 2018, Ebanx handled 35 million cross-border transactions related to Chinese merchants, said its co-founder and CFO Wagner Ruiz. He expressed the hope that the company can help Chinese merchants sell more in Latin America in the future.

The BRICS leaders' meeting is an excellent opportunity for Brazil to deepen business, investment and financial cooperation with China and other BRICS countries, said Marcos Trojan, special secretary for foreign trade and international affairs of Brazil's Ministry of Economy.