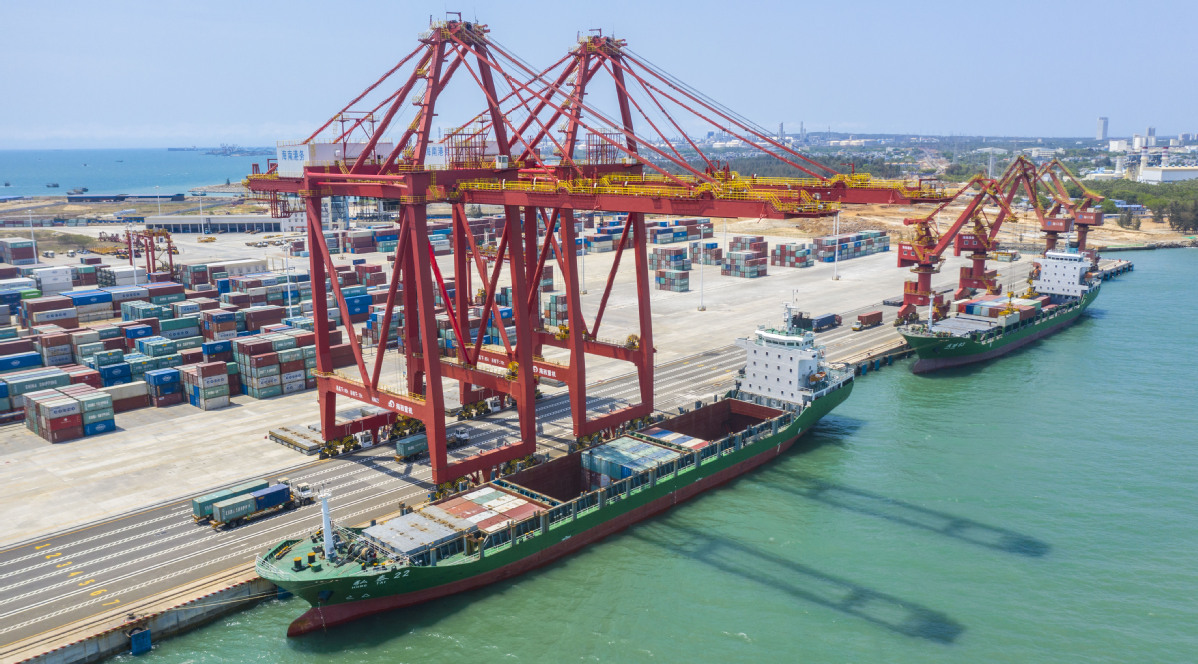 China hopes that countries that have recently tightened scrutiny of foreign investment will create a fair, transparent and predictable business environment for investors across the world, the Ministry of Commerce said on Thursday.

Since the global economy is experiencing tremendous downward pressure, China believes that all parties should uphold the principle of openness and cooperation, strengthen trade and investment cooperation, and work together to meet the challenges, said Gao Feng, the ministry's spokesman.

Countries that have recently conducted these actions should continue to raise the level of trade and investment liberalization and facilitation, make positive efforts to stabilize the world economy and put their economic growth on the right track, as the practice of generalizing national security and promoting protectionism hurts others and themselves, he said.

Gao stressed that China has not taken any restrictive and discriminatory measures against Indian products and services. The country hopes that the Indian side would immediately correct the discriminatory practices against China and its companies, as some recent actions have violated the World Trade Organization rules and its commitments to the WTO.

Mutually beneficial trade and economic ties are in the fundamental interests of both countries. China attaches great importance to strengthening pragmatic cooperation with India in various fields, the ministry said.

As for the negotiations on the Regional Comprehensive Economic Partnership, Gao said all the relevant parties are currently advancing the talks in an orderly manner, in accordance with the set goals and pace.

As the importance of the RCEP continues to grow in light of the ongoing COVID-19 pandemic, involved parties share the view that signing the agreement will serve as a clear signal of their unwavering support for the multilateral trading system, regional integration as well as economic development across the region, according to a statement jointly released by participating countries after the virtual 10th (RCEP) Inter-sessional Ministerial Meeting held last week.

The meeting's participants reiterated that India has been an important participant in the RCEP negotiations since its launch in 2012. They believe that India's participation in the RCEP would contribute to the advancement and prosperity of the region. Therefore, they wish to emphasize that the RCEP remains open to India, according to the statement.

The ministry will also build a better service framework for key foreign-invested projects, coordinate and solve the difficult issues faced by foreign-funded firms, as well as revise and promulgate the procedures for complaints of foreign firms and other regulations to further create market-oriented and rule-of-law business environment.

Zhang Yongjun, a researcher at the Beijing-based China Center for International Economic Exchanges, said these moves demonstrated China's firm stance on aligning with high-standard international economic and trade rules, and are conducive to further opening-up.