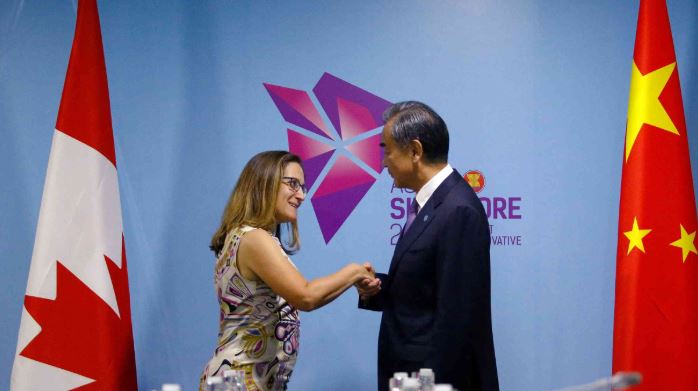 China and Canada have pledged to uphold a rule-based multilateral trading system and oppose trade protectionism, in a phone conversation between Chinese State Councilor and Foreign Minister Wang Yi and his Canadian counterpart Chrystia Freeland on Wednesday.

China has always upheld free trade and safeguarded the multilateral trading system with WTO as its core, Wang said, adding that any attempt to impede China's modernization process will not succeed.

As to the signing of United States-Mexico-Canada Agreement (USMCA), Freeland said that any free trade agreement should be open and inclusive. It should not hurt other countries' rights and interests.

Canada will carry out negotiations on free trade agreements with other countries based on its own decision, Freeland added.